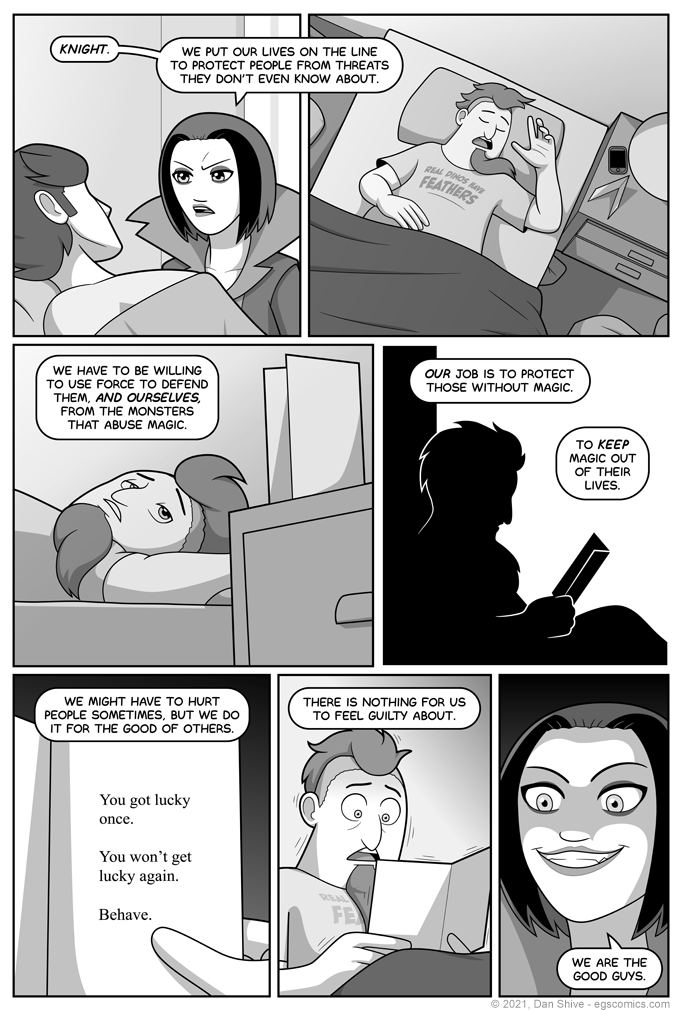 Taken on it's own, much of what Bishop says on this page isn't wrong.

It's also very general, however. She doesn't address specifics, or even the events that resulted in Knight getting hurt.

She also totally left a threatening note on that guy's bedside dresser while he was sleeping.

It was originally going to be implied she left the note while he was out of the room, but I felt establishing him entering the room and finding the note in the middle of this dialogue would have been confusing, so I simplified things by making it at least twice as creepy.

Welcome to The Chess Dimension

The chess theme to Knight and Bishop's names came about because I already had an Agent Wolf. The perp was chicken-themed, Knight wolf-themed, and the not-yet-revealed Bishop snake-themed.

Thanks to Agent Wolf, I needed something else to name him. I thought a name that simultaneously suggested ideals of nobility and a class system was appropriate.

Once the name Knight was in play, it made sense to me for his partner to have a chess name, and Bishop seemed the most appropriate option for her.

Another reason I like the names is because of how their chess pieces move. Knights move in a straight line that slightly bend. Bishops, meanwhile, move diagonally, which, considering a chess board, can be interpreted in all sorts of interesting ways.