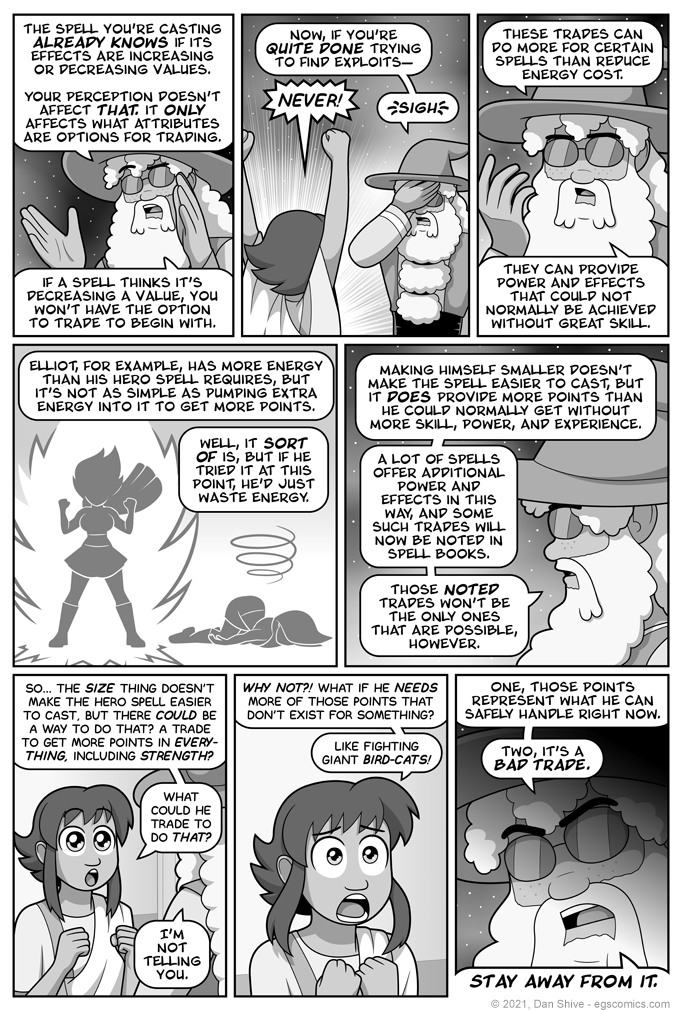 And now a sleep-deprived rant

SO MUCH OF THIS PAGE WAS REWRITTEN AFTER IT WAS SUPPOSEDLY DONE.

I wrote the page in advance, thinking "yeah, this is clear". Even when I sat down to actually make the page, I thought it was clear, and continued to think what I'd written was clear while working on it. The only significant thing I added was the first panel, which was in response to questions I'd gotten after the previous page.

I was on the verge of actually sharing it when I looked it over, and had a startling realization: It was about as clear as mud, and not even I was sure how Grace had reached her conclusion in panel six.

So I hope it's at least a little clearer now, and that Grace asking about what Elliot could trade a thing she could be expected to ask.

Either way, we're done with long stretches of technical exposition in this arc. I don't care if that's a minor spoiler for Monday. We're done. DONE! If anything needs explaining, it will be shown working, or be just one or two panels somewhere!

FREEDOM! FREEDOM FROM BARRELS OF EXPOSITION!

There will be a short break between story comics after Part 1 is over. I'm going to try to get ahead again while in the open air freedom away from BARRELS!