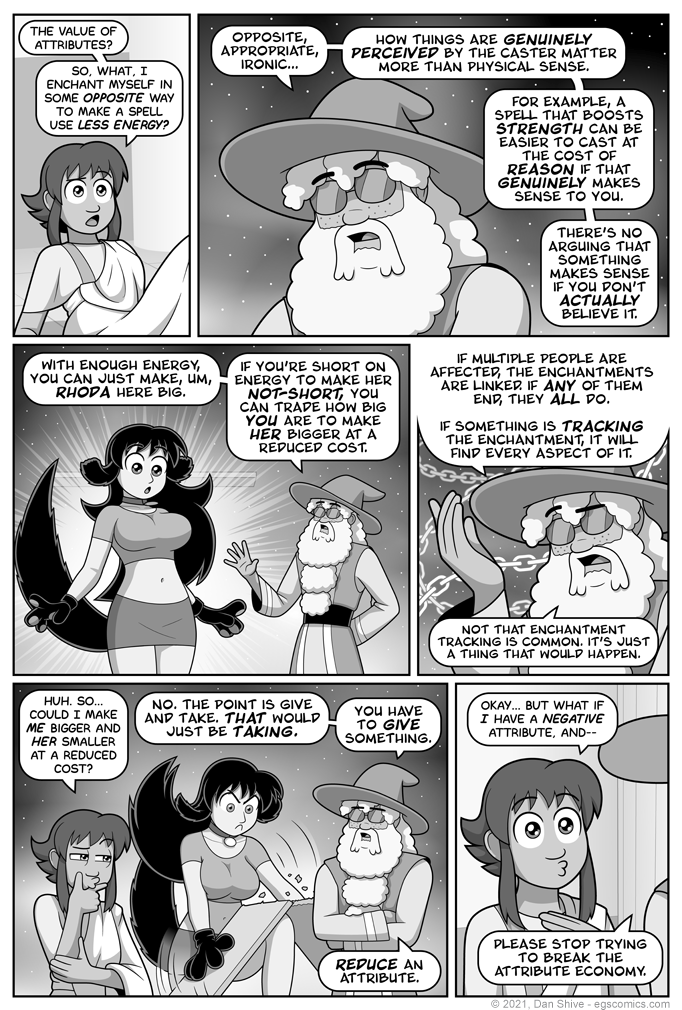 And with the next page, we'll be done with significant technical exposition for the entire Balance arc.

At least by how I define "significant technical exposition", which is the lengthy discussion of such things for entire pages. Someone may, at some point, say something technical in a panel or two.

I CAN'T EVER GUARANTEE THAT WON'T HAPPEN I AM VERY GEEKY

And we'll ALSO be out of the part of the story in which I feel I can't write full pages too far ahead because I need to know what is or isn't confusing people!

Well, technically, we were already out of that part of the story. It was really important to me that readers understand the excuse for--er, LOGIC OF the second not-change, and why some spells seemed to change. I wanted to make absolutely sure I nailed that (I think I did about as well as I could, and am pleased the actual explanation for that specifically only took three pages).

Meanwhile, if people are confused about the value of attributes after Friday, there'll be plenty of examples-by-doing in the future. There aren't really examples by doing for the logic of the second not-change unless... THIRD not-change...?