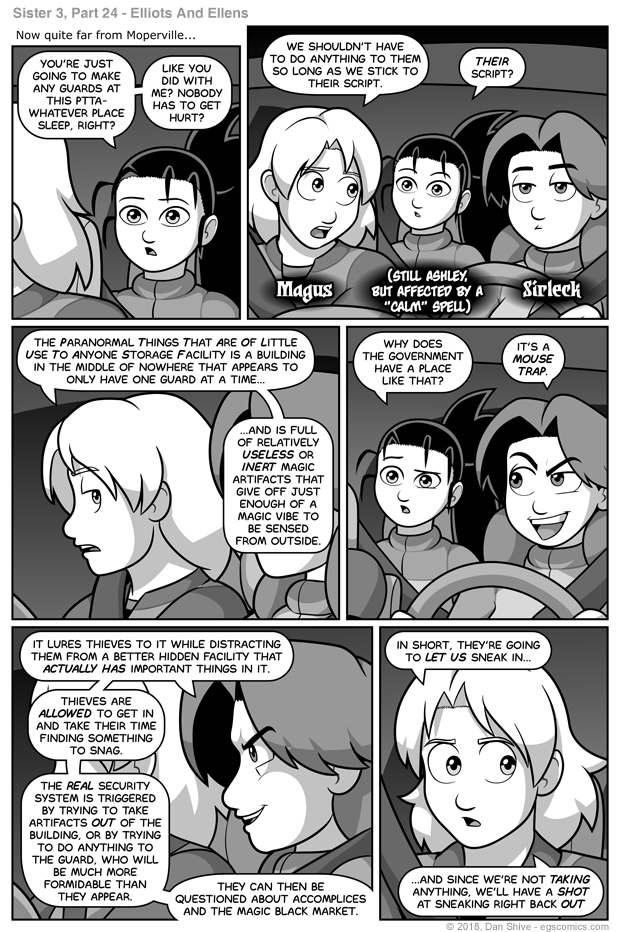 - When Sirleck-Ellen zapped Elliot
- Part 21 - The other Dunkel

The names given in panel two are a bit of fun combined with the simple fact that body snatching / swapping / whatever stories are naturally confusing, and someone could have easily forgotten about the calm spell cast sometime last November from our perspective.

I'd say it's a pretty efficient way to jog reader memory (and if not, well, references are at the top of this commentary).

There are some things in the early comics that will never really make sense, but the PTTAOLUTASF just being horribly underfunded and maintained isn’t really one of those things. It’s an acceptable and amusing explanation for its poor defenses.

Nonetheless, I like the idea of it being a trap. This is less of a “this must be fixed” retcon, and more of a “I think this would be neat” retcon. As an added bonus, it's also a strategy that could go horribly wrong, so I still get to poke fun at things being run poorly.

As for why they would have "of little use" in the title if it's a trap, a) most people won't know what it's called, and b) that really sounds like it doth protest too much, no?

The necessity of bribing the guard still adds up, as the Dewitchery Diamond was left out in the open for them to find, and Tedd used ID to get in before sneaking Elliot in. Things could have played out very differently with a less corrupt guard.