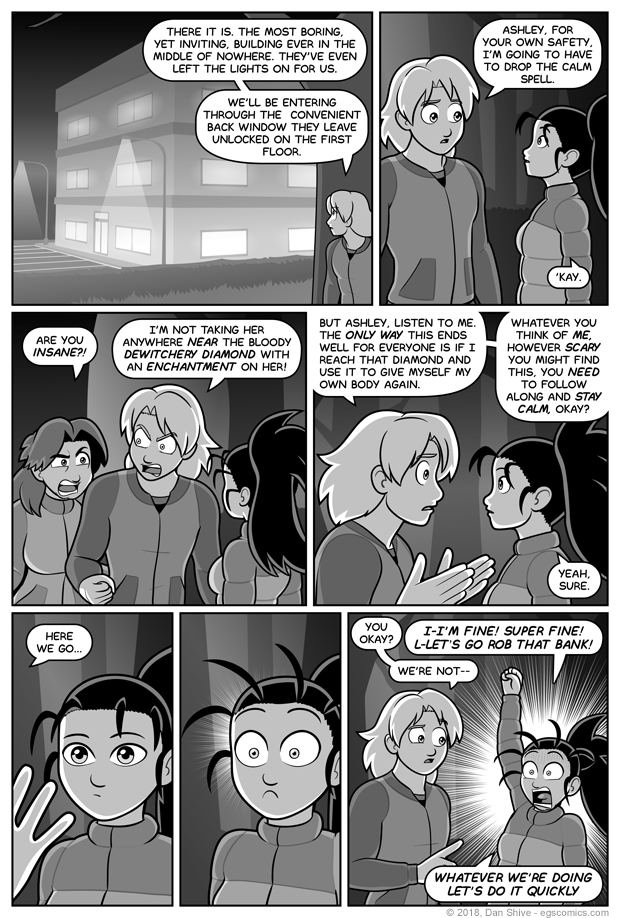 If we ever see the building from up close, I'm going to have to make it look worse off. From a distance at night, at least, it looks pretty okay.

I know you're all disappointed about this not resulting in two Ashleys, but keep in mind that her duplicate would just be a perpetually and creepily calm Ashley with the ability to calm others. Granted, that's potentially a handy ability, but still.

I actually did consdier various enchantments Magus might use to keep Ashley calm and/or obedient once in the facility, but then the obvious danger of doing that with the Dewitchery Diamond around occurred to me, and if I thought of problem, so would Magus. He's had nothing but time on his hands to think about this exact situation.