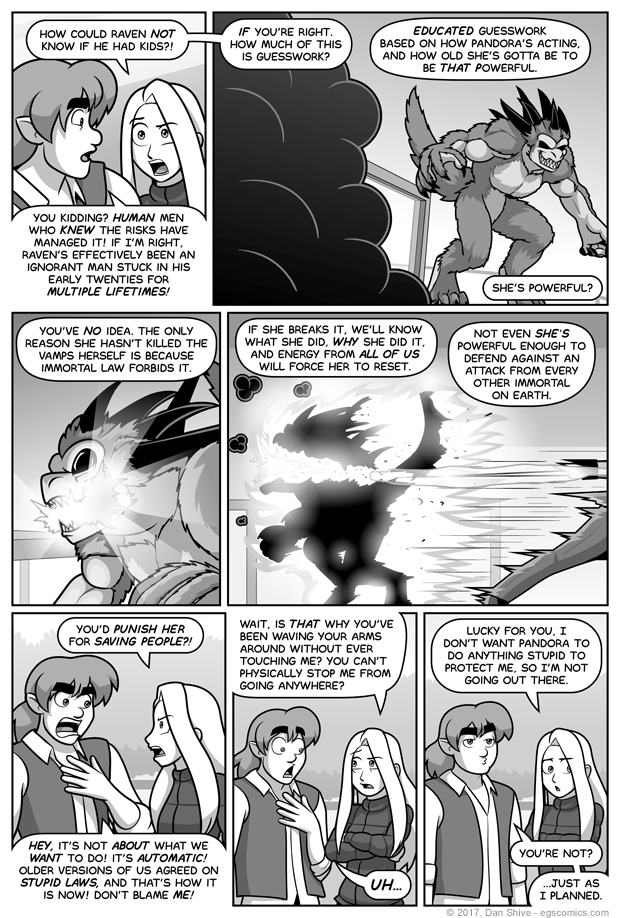 "Oh. Raven can see clearly through his own murder shroud, can't he? Or sense things? Either way, I probably shouldn't have tried for the ranged sneak attack. Got it."

I know they're dropping like flies, but keep in mind that one was taken out by a surprise attack, and they're basically being hit with a sword made of aberration kryptonite. The actual vampire equivalent would be getting hit with a cross-shaped silver sword blessed by the pope with the Lord's prayer inscribed in it and dipped in a stew of garlic-saturated holy water and wielded by Jesus.

Granted, I would personally like to think Jesus would be like "chill" and restore them to proper humanity, a miracle that's otherwise impossible to do, and encourage them to repent and be charitable and stuff. That is beside the point, however, as I was simply trying to impress upon everyone the advantage that sword gives Raven.

That said, Raven's fought two now, and there's ZERO CHANCE the third will be more of a challenge. Everyone knows the number three is of no narrative significance whatsoever.

- EGS:NP during the day thanks to Santa Lavos (Now up!)