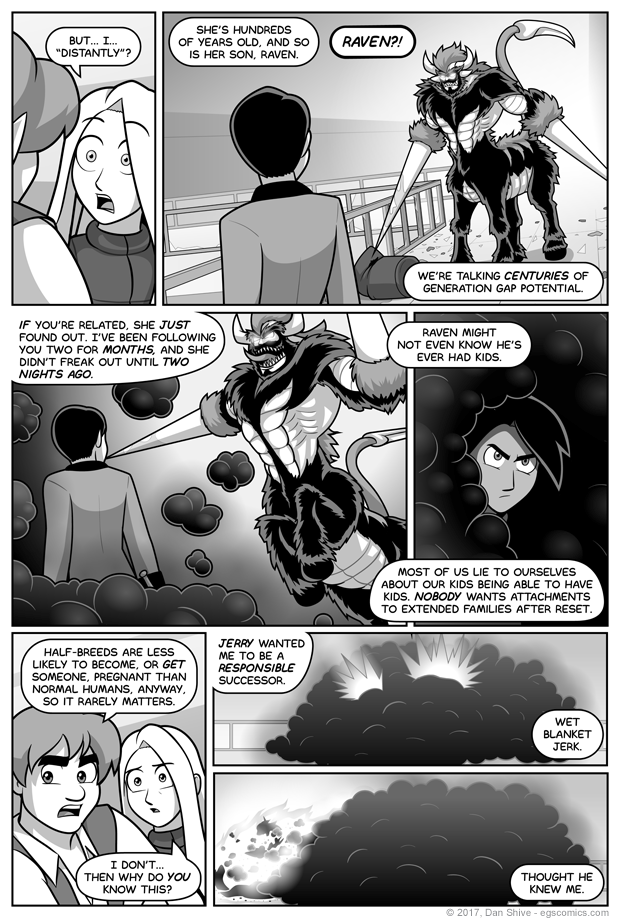 Within that "half-immortals cannot have children" comic is the joke about Grace, disguised as a relative of Raven, looking suspiciously like Susan. That was, originally, just a joke, as that was just the outcome I got trying to make Grace look Raven-like. I was still sorting out what exactly to do with Susan and Diane back then, so it wasn't intentional foreshadowing.

Sorry, had to get that out of my system. ANYWAY, I'm sure there'll be people annoyed by how quickly this cool looking guy (I think he looks cool, anyway) got taken out, but really, if he was doing more, I would TOTALLY have simplified his design. His glory was short, but brief.

EDIT: "short, but brief" was totally a mistake, but I'm keeping it. I love it for some reason.

I don't commonly draw centaur-like beings, and figuring this guy out revealed something to me: For centaurs to work, the human parts of centaurs either have to be way huge for a human, the horse parts way small for a horse, or some sort of compromise between the two. Horses are BIG. You don't just slap a human torso where a neck should be and get a result that looks right.