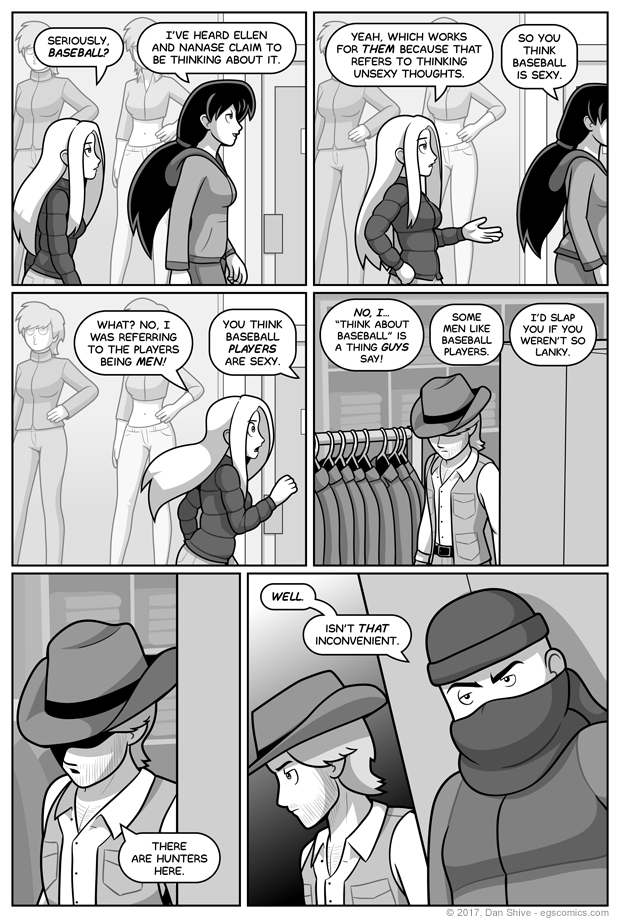 I'm strongly beginning to suspect that man has no interest in helping kangaroos.

As mentioned, the previous comic was a bit of unplanned giant elephant maintenance. This comic plays out pretty much exactly as what was originally planned, except instead of an awkward silence followed by "let's go get food", we now get an analysis of thinking about baseball. Also, Susan having a bit of fun with Diane.

Again, I'm calling this a win.

And because I know someone will ask, the last three panels are far away from Susan and Diane, and the intended implication was not their voices carrying that far into another part of the mall. I just wasn't done with them talking about baseball.