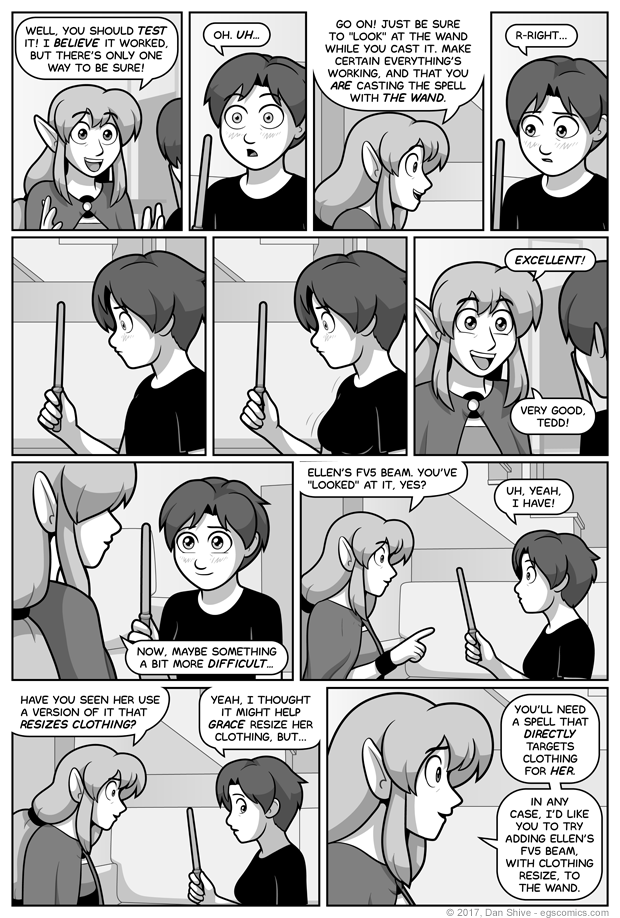 - Trying to figure out clothing morphs for Grace

This page was originally going to end on "now, maybe something a bit more difficult...", but I decided I wanted to speed things up a bit, and that the page would've been a bit sparse in spite of being seven panels given that three of those panels would've been Tedd saying "r-right" followed by nearly identical panels of a very simple transformation.

Or maybe nobody would've minded, and this could've been a lot easier. ... I STAND BY MY DECISION

In spite of it being an ongoing limiting factor for Grace, I really do prefer most spells resize clothing so they still fit properly post-transformation, especially if it happens during a story.

Fortunately, in spite of younger me saying "that's rubbish, anime has taught me that's how you do things, and (insert several excuses here)", it's very easy for me now  to just say "yeah, resizing clothing has become an option now due to wibbly wobbly magic stuff".

(And no, I don't think I will ever tire of referencing that wibbly wobbly line from Doctor Who)