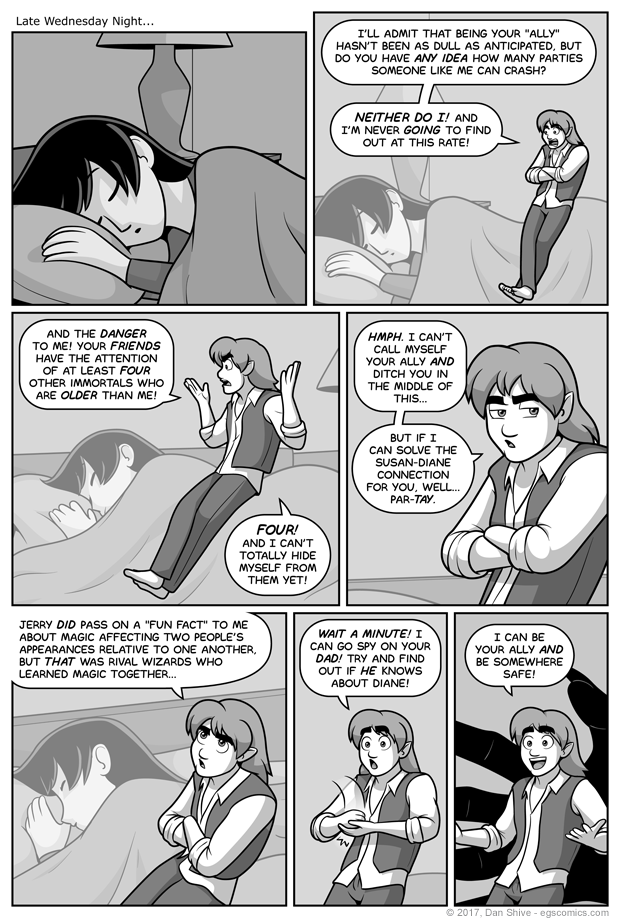 Moving through plot at the speed of sound...

Okay, maybe not that fast, but by EGS standards, we're barreling towards Friday at the speed of a runaway train.

Wait, is a runaway train faster than a... not runaway train? A train doing what it's supposed to do is already fast, and it's still got the driver in control. That said, do I even want the faster train in this instance? It's not like we skipped all of Wednesday or anything. Maybe I want the train that's pretty fast, but not the maximum speed a train might achieve?

It's possible I'm overthinking this.

New Jerry was originally going to be normal sized in this comic, but I really wanted him and Susan visible in most of the panels together. With Susan sleeping, that was problematic. Then I remembered New Jerry could be any size I wanted on the spirit plane, and every problem was solved forever.

Granted, his not casting a shadow onto Susan's blanket makes this look a bit odd, but that's what would happen, so we all have to just sorta deal with that oddness.