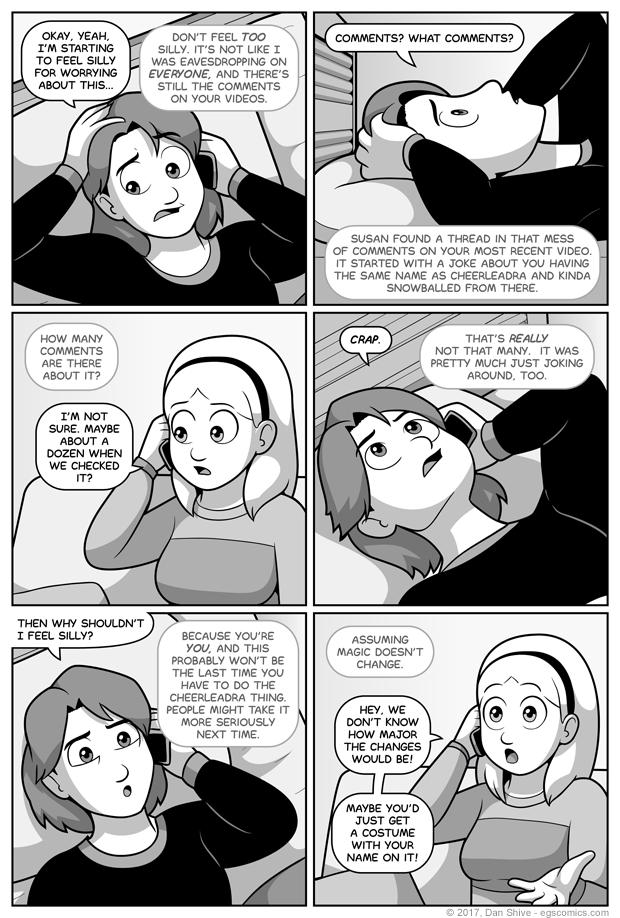 - Specifically, this mess of comments

Sarah did say "not much" and not "never" in regard to them saying Elliot's last name in those reviews.

I like this a lot more than everyone at MNHS suddenly gossiping about this guy most of them are only vaguely aware of as a result of him occasionally doing weird things that make him stand out. There are fans of the show there, sure, but they're a vocal minority, and it's a big school.

On the plus side, once Elliot's done worrying about stuff, it might occur to him that he's still actually pretty anonymous.

- EGS:NP ASAP Already up! Been up for a while, actually. Wasn't posted that late, actually. Just forgot to update this part of the commentary ^^;