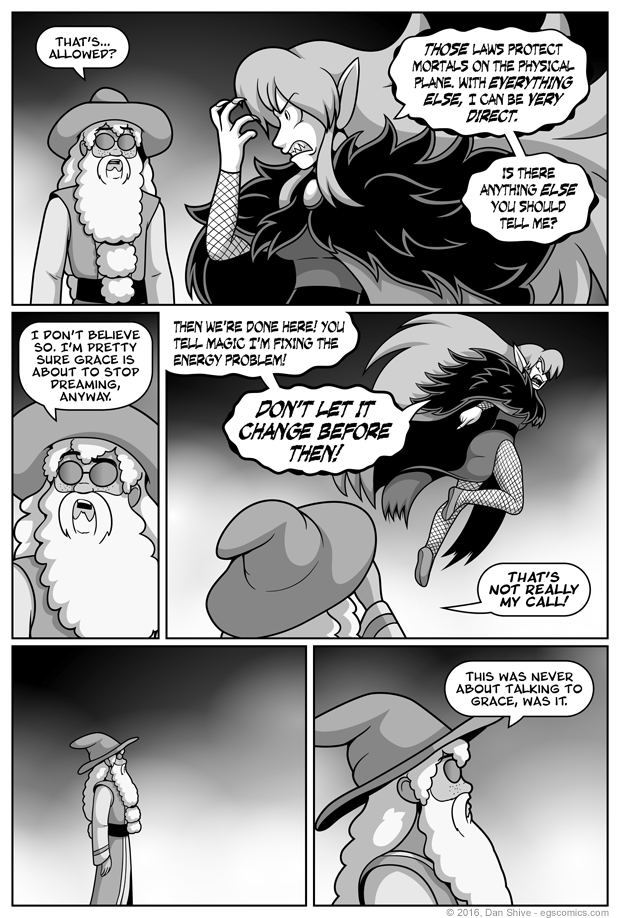 - Explaining how Pandora got away with this little outburst

Emissary - "So you have absolutely no rules about attacking each other?"

Pandora - "If we do, it's a separate set of rules and consequences that I am evidently prepared to deal with, and we're running out of dream."

My direction for the first panel was simply "lion's mane". I like lion manes. They're fluffy. It's also my understanding that they're portals to other dimensions, but I have not independently confirmed that.

I know at least some people called the Emissary's conclusion in the last panel. If you're among those who did, feel free to enjoy a victory snack of your choosing with the knowledge that you deserve it.

Granted, the conclusion isn't NECESSARILY correct, but it is logical, and logical conclusions are worthy of delicious snacks.