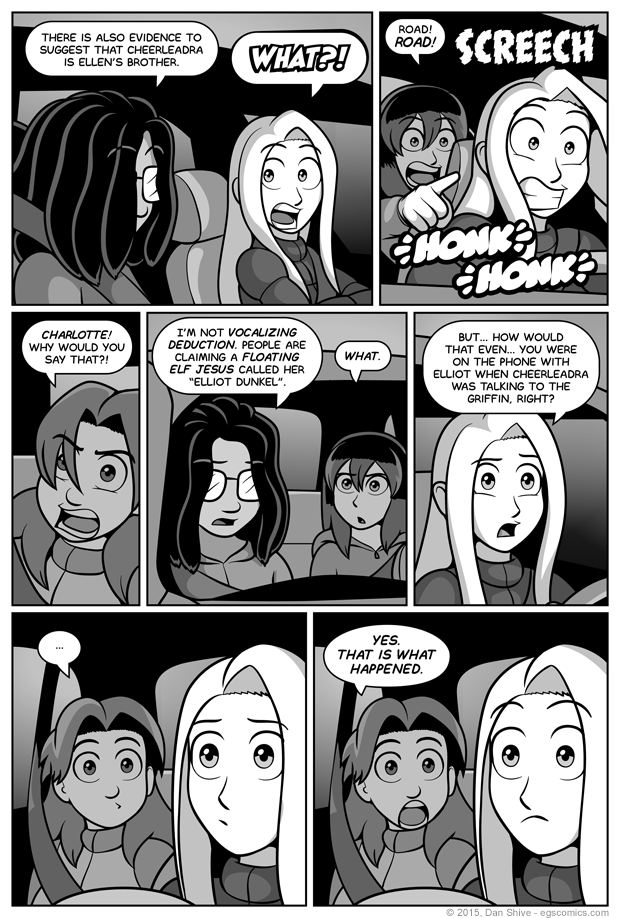 - Why on EARTH would they describe him as such

Ellen was in a position to give Diane and Charlotte a certain impression of what was actually happening, and she evidently chose to let them think it was Elliot who called her.

Granted, I think that's obvious from this comic, but I've got to come up with SOMETHING to write down here, darn it. It can be difficult! I can't always just say random things about kangaroos and wombats, and certainly not both within a single commentary. That would be ludicrous, and in violation of several kangaroo and wombat guild agreements.