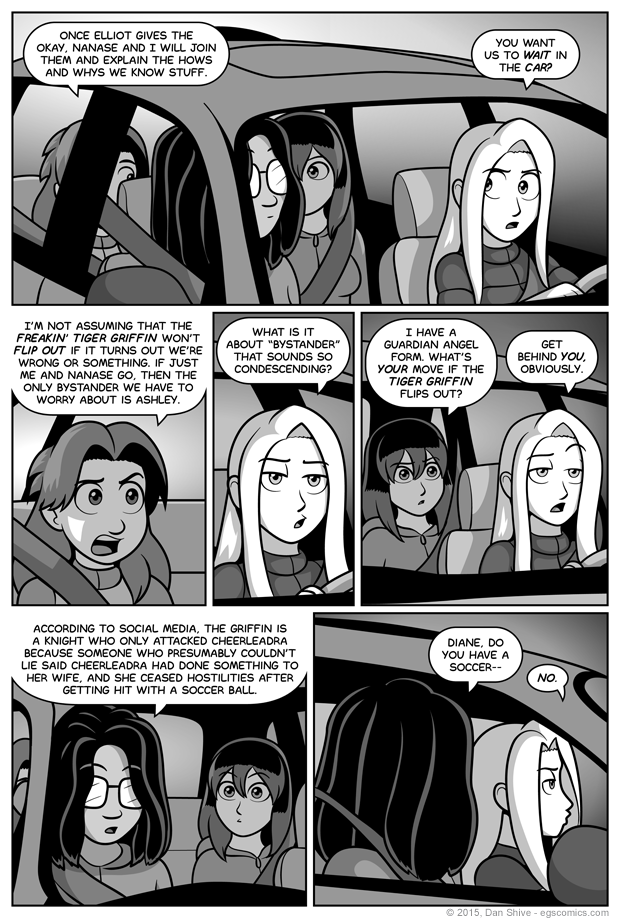 The Guardian Angel form is not invincible, and it's entirely possible Tara is stronger than Not Tengu, but the form's greatest advantage is its heightened instincts. At the very least, Angel Nanase would know whether she could win in a fair fight against her.

Sidenote: Ashley is NOT a bystander. She kicked a soccer ball at a griffin. You can't do that and still be a bystander. Granted, Ellen simply meant Ashley is not someone who can reasonably be expected to defend herself against Tara, but still.

I mentioned my sleep schedule (or lack thereof), in a commentary last week. I'm happy to report that I've managed to successfully stick to a sleep schedule this past week, and it's made a huge difference for me. I've felt better both physically and mentally, and hey, the comics have been on time to boot.

I'm still adjusting, however, and I didn't get done quite as much as I'd hoped this week. That said, I AM adjusting, and I'm going to stick with it. I'm getting cautiously optimistic about finally getting caught up on things.