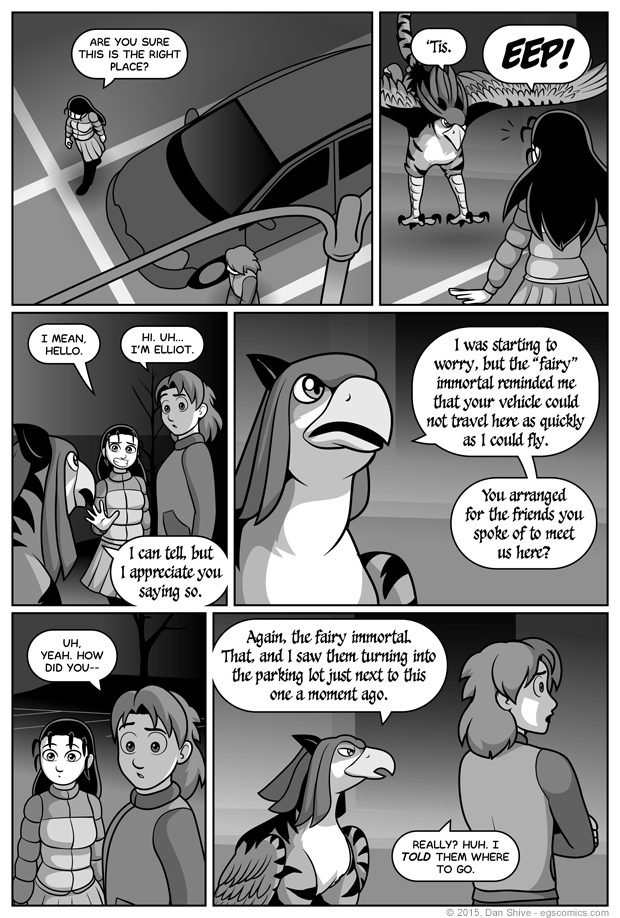 - Fairy immortals
- He had done so so eloquently, too

I had originally planned for Tara to notice the other car pulling into the parking lot and making a "not-so-stealth" reference in the last panel, but I couldn't figure out how to stage it in a way I was satisfied with, so we get this instead.

And, of course, we once again find things being sped up by saying "a fairy told us to". I have a far greater appreciation for The Ocarina of Time, now.

Realistically, I'm not 100% certain the lights would be on in a parking lot on an evening in which no one is expected to be there. On the other hand, maybe they would be? I'm not sure who decides that sort of thing. In any case, I figured this scene could do with some lights, so there they are. Bam.