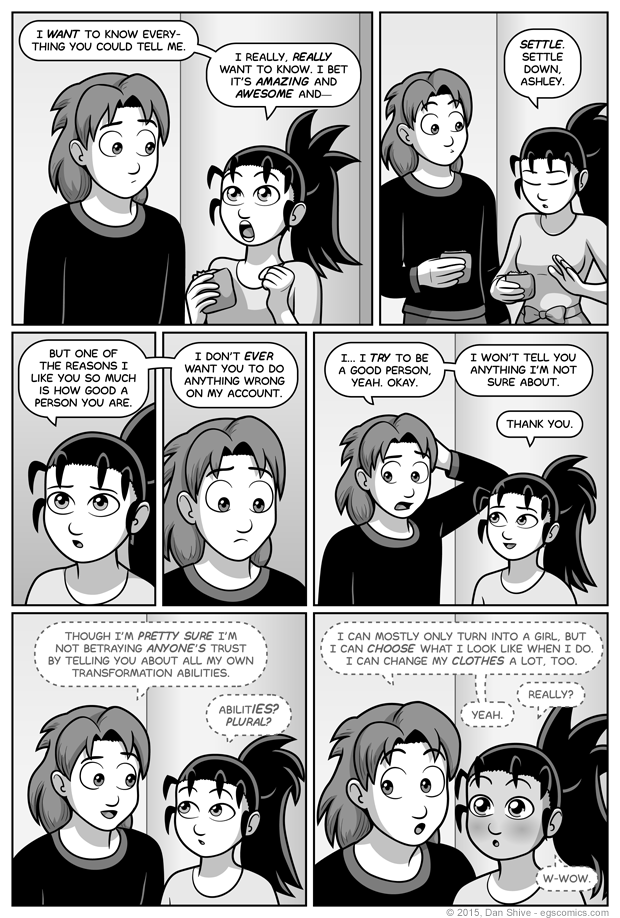 Ye GODS the delays on this comic. It should've been a Wednesday comic, then I pushed it to Thursday, and then it wound up not going up until Friday. I apologize for that, but there was a good reason it got delayed (along with some annoying non-comic related reasons I won't elaborate on).

More specifically, there was a good reason this part of the story got delayed. There was something bugging me about this next part of the storyline, and I needed to sort it out. I only really got to the bottom of the problem and thought of a solution super late on Wednesday.

How the storyline is going to proceed is mostly identitical to how it was going to, but with a change that's minor in the short term, and pretty big in the long term. I'll elaborate on that once it's no longer spoiler territory, which will be close to the end of this storyline (if not the final comic in it).

As for this comic on its own? I'm quite fond of it. I wish I'd been more on top of things and that it was a WEDNESDAY comic, but beyond that? Quite fond.