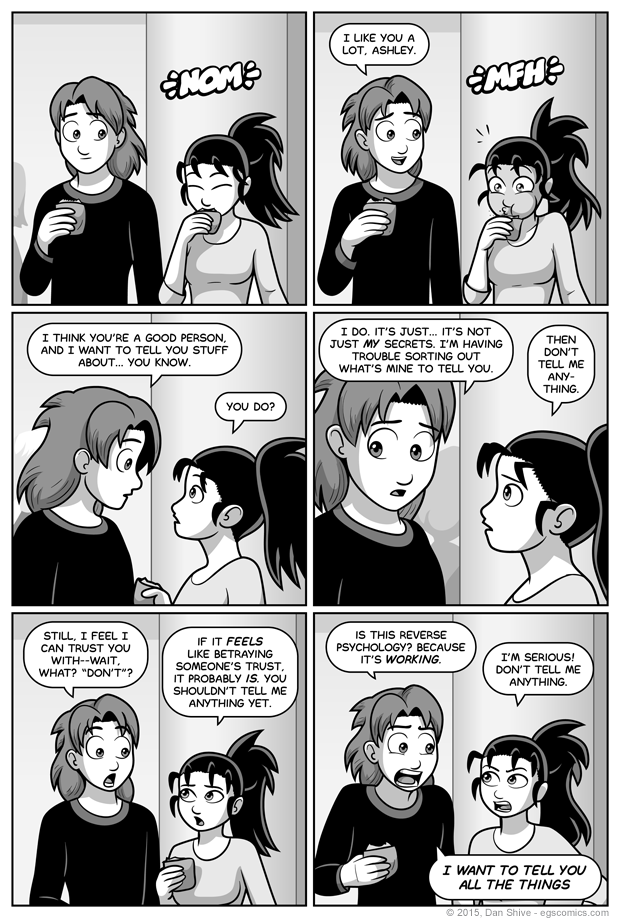 Elliot has found his goody two-shoes equal, or perhaps even... Superior? *KRAK-A-THOOM*

And before anyone asks, those are cookies in little paper dealies they're holding. That's how mall cookies WORK. At least it is when I get them anyway.

Prepare yourself for déjŕ vu, because this comic got me thinking about

Specifically, it got me wondering if Elliot and Ashley are what some would consider to be Lawful Good. I'm not sure, but now that I've brought it up, I'm sure people will let me know what they think about it.

They're not necessarily all that concerned with the written word of the law, but they certainly have their own codes about things and are concerned with doing the right thing. I'm not sure if that makes them Lawful Good or Neutral Good with extra emphasis on "Good".

Of course, I'm referring to rules that have had different officially written rules and various player interpretations over the years, so it's possible the answer is more subjective than objective even if trying to adhere to some version of that game.