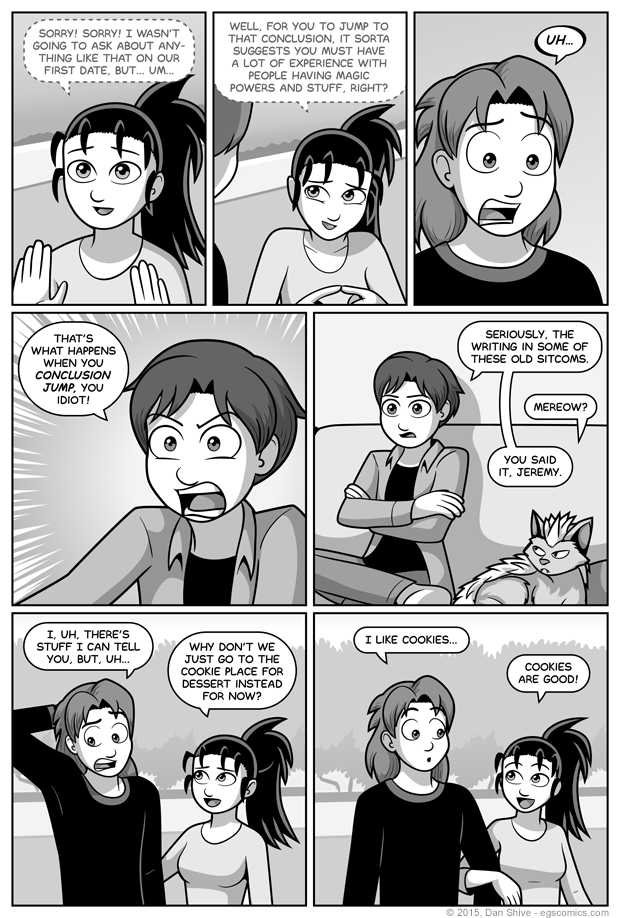 The actual translation for Jeremy's "mereow" is closer to "I'm trying to nap over here", but Tedd doesn't need to know that.

I was tempted to try and make some manner of Friends reference, but as sure as I am that there's been conclusion jumping on that show, and I've seen every episode in full more than once, I can't recall a specific conclusion jump.

Not that I'd have referred to a specific circumstance. I'd have simply referred to one of the protagonists in some way. I could have probably mentioned any of them and it would've worked, but I wasn't comfortable without having some iconic moment in mind. It probably works better as an "insert sitcom of your choosing here" situation anyway.

I also considered having Tedd saying something about conclusion jumping and not knowing why he said it, but I've gotta be careful with jokes like that. Before long, people will take the gag too seriously and speculate about psychic links and oh wait it's happened people have done this psychic things have been considered noooo