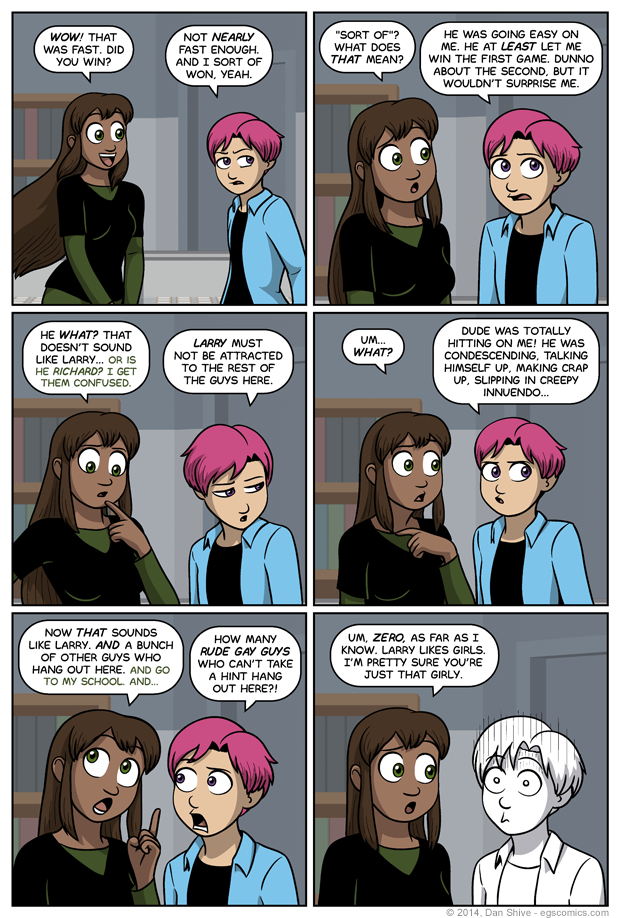 I guess going white as a sheet runs in the family? That, or I just totally forgot to color in Tedd in that last panel. The world may never know.

This isn't what was originally going to follow the previous comic, and I consider it a significant improvement for a few reasons. I don't want to go into too much detail as to why, but it wasn't originally going to keep focus on Tedd, which would've been sort of weird. Given that Sarah's basically being tutored and Luke is achieving slow but definite victory while Tedd was up against someone who was letting him win, it makes sense that Tedd finished first.

Granted, Larry may have drawn out his turns a bit, but you better believe Tedd was rushing his own turns.