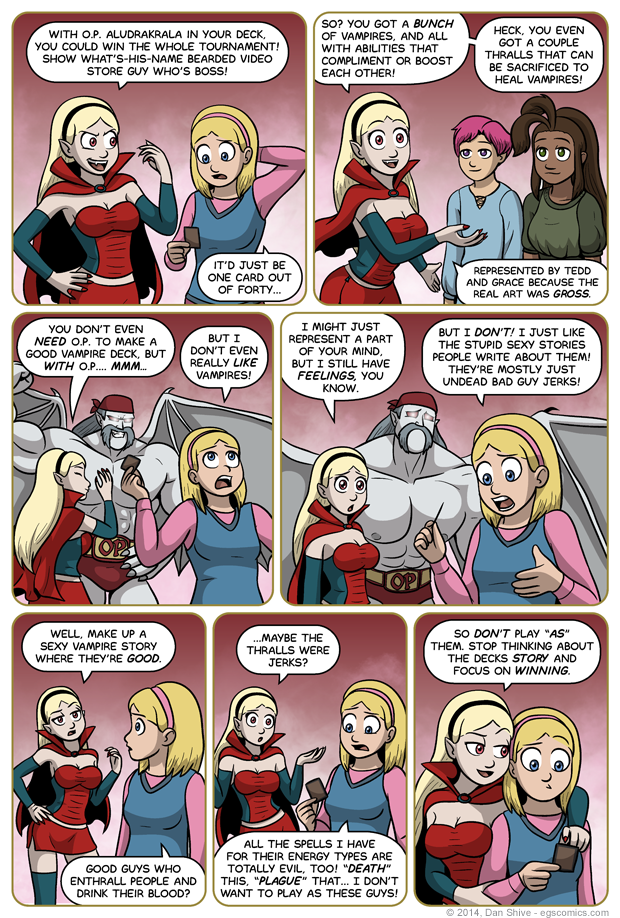 And now I can FINALLY talk about the main thing about Friday's comic. Aladrakrala was a very, VERY late addition to the story, as is this sequence within Sarah's mind. Friday's comic was originally just going to be Tedd, Luke and Sarah sorting their cards while thinking various thoughts, and then Sarah would try to decide whether she cared more about making a deck with a story or trying her best to win.

Basically, there was no specific alternative to tempt Sarah. It was just going to be Sarah trying to decide whether she was going to focus on her decks story or its winning potential. I decided there needed to be a specific temptation, however, if for no other reason than to give Sarah a reason to think she'd have a real chance to win her first tournament.

So yeah. Aladrakrala and Fantasy Vampire Sarah are the result of a last minute decision and were not actually being foreshadowed in earlier comics except now they retroactively were being foreshadowed even though they technically weren't. Foreshadowing has very little regard for our linear perception of time.