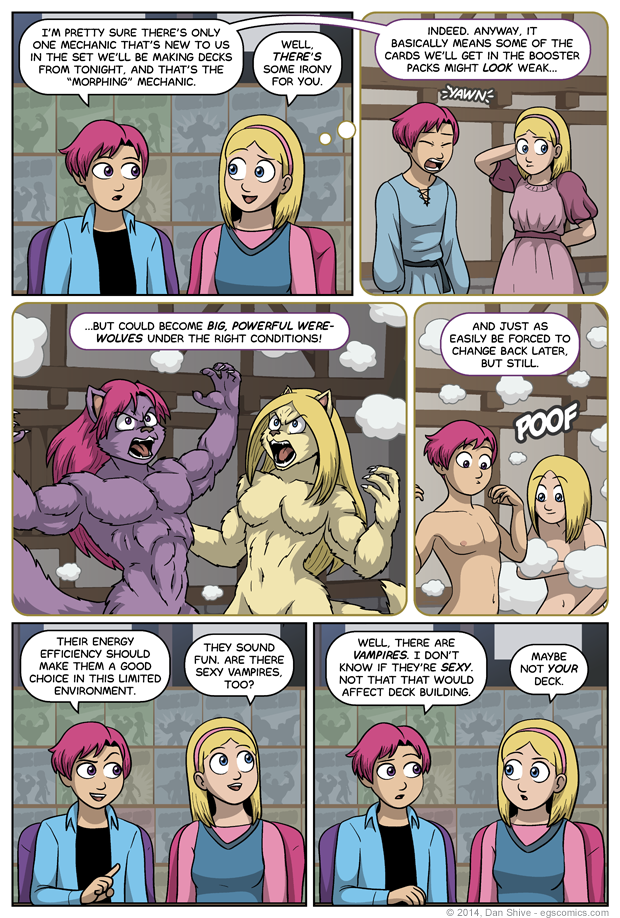 Super tired, so let's bullet point this comic commentary, shall we?

- Sarah's fur color is a lighter tone of her hair. Tedd's fur color is, too, but it uses his natural purple hair color as the basis instead of the pink.

- I really wanted to make the point that the fantasy visuals were in Sarah's mind. To that end, we have the thought bubble circles going from panel one to panel two, the borders of the fantasy panels are a yellowish hue (which mostly just looks brown, but still), and she's even looking up at her own fantasy in panel five. I mean, that's not REALLY what she's doing, but I made it look like she is all the same.