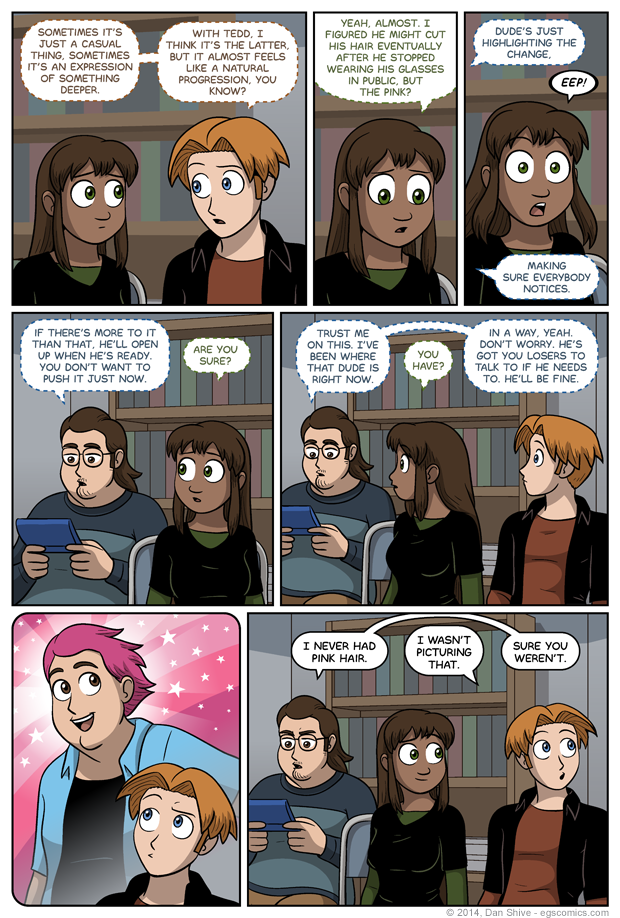 It doesn't matter where you go in the comic shop. George is sitting behind you while playing video games and judging you.

And I don't have much more to say than that other than panel six was crazy fun and escalated quickly. It was originally just going to be George with pink hair, but that wouldn't be the full current Tedd scenario, would it?