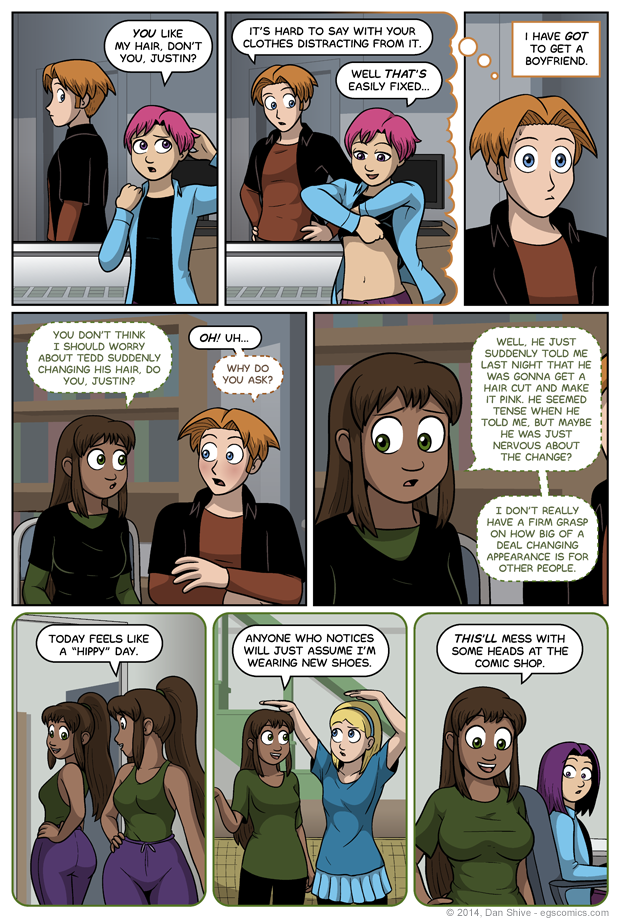 Panel six is somewhat inspired by a previous comic that had Grace describe herself as "hippy" instead of "hippie", a mistake I've surely corrected by IT STILL SAYS "HIPPY" WHAT THE HELL ME?

One thing I like about having the comic in color is that I can vary Sarah's hairbands and color coordinate them with the rest of her outfit. I have to be careful about that, however, as I discovered in yesterday's comic. I had coordinated her hairband with her jacket and had not planned ahead to what was underneath. Once she did take off her jacket, I realized whatever was under there had to go with the hairband, which isn't exactly the end of the world, but it did result in even more pink than I had planned.

On the plus side, a few people commented on it feeling like appropriately timed Easter colors, so yay accidental appropriate timing of color schemes?