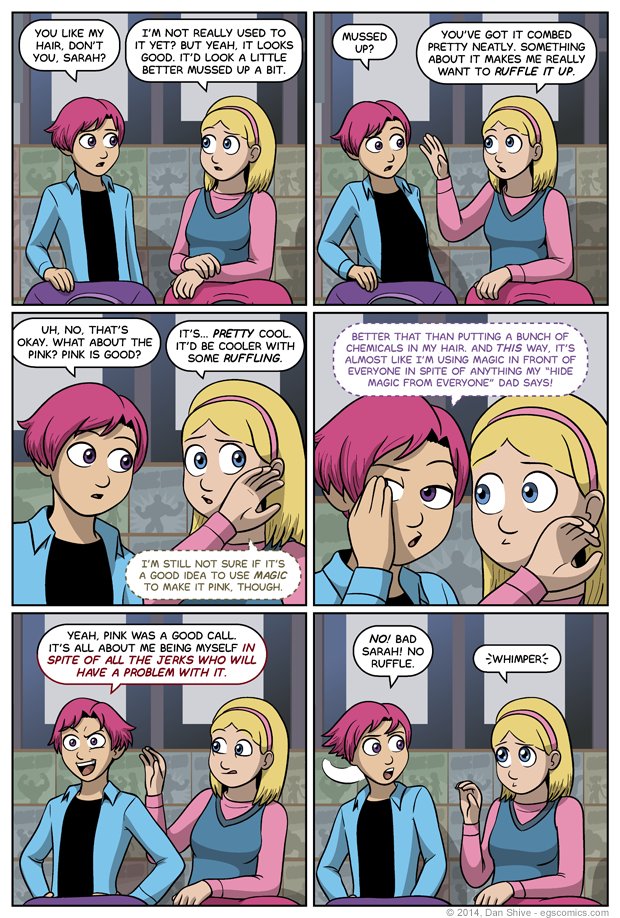 - Likely candidate for how he colored his hair (Note: Tedd looks like Grace in this referenced comic)

I don't mean to offend anyone who dyes their hair. I confess that I would personally be apprehensive about it, but that applies to all sorts of sensible things that other people regularly without issue. In any case, if one could change hair color with the click of a button versus the actual real life process, I'm sure... Well, I WAS going to say "most would go with the former", but the former is weird magic stuff, so maybe not.

As one might have noticed, I made a bunch of minimalistic, low-contrast comic book covers (which is to say I made seven and messed with the order / color of them between rows). I couldn't do anything too fancy with them without making the comics clash with the foreground and such, but I was making this comic and the thought of just having them be solid colors or something made me cringe.