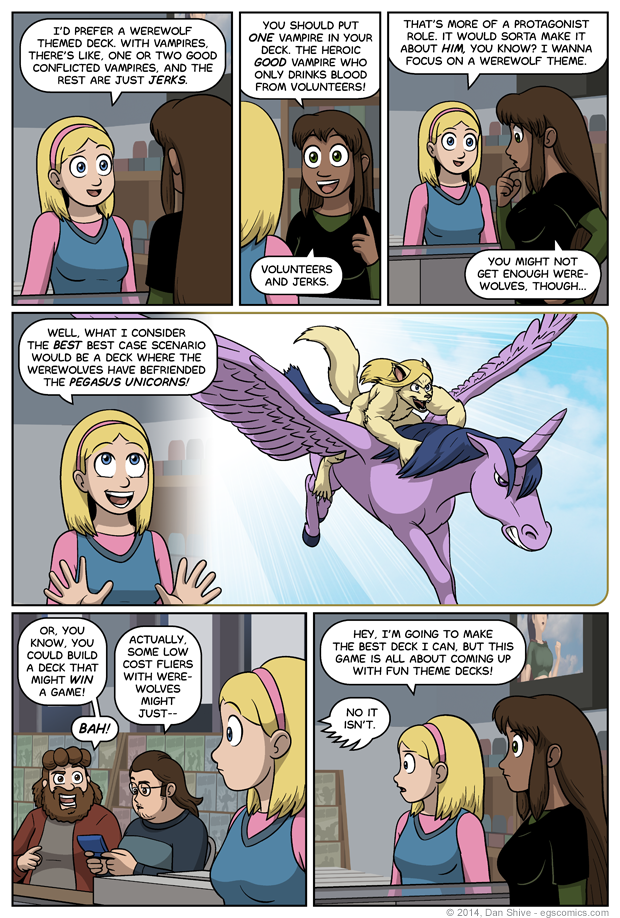 This comic wound up with a lot of rewriting, and I find myself frustrated while writing this commentary because I said elsewhere that I would elaborate on why rewriting occurred, but I can't think of a way to do so without it pretty much amounting to me saying "this is the point of this page", which I hate doing.

I guess I'm just going to leave it at there were several rewrites, and no, it's not just an excuse to show a werewolf Sarah on a pegasus unicorn.

Speaking of werewolves, several people asked why Sarah was picturing werecats in the previous comic. She wasn't. The angle they were being viewed from made their snouts seem shorter. Heck, look back at Fox Rhoda's face for more snout perspective wackiness.