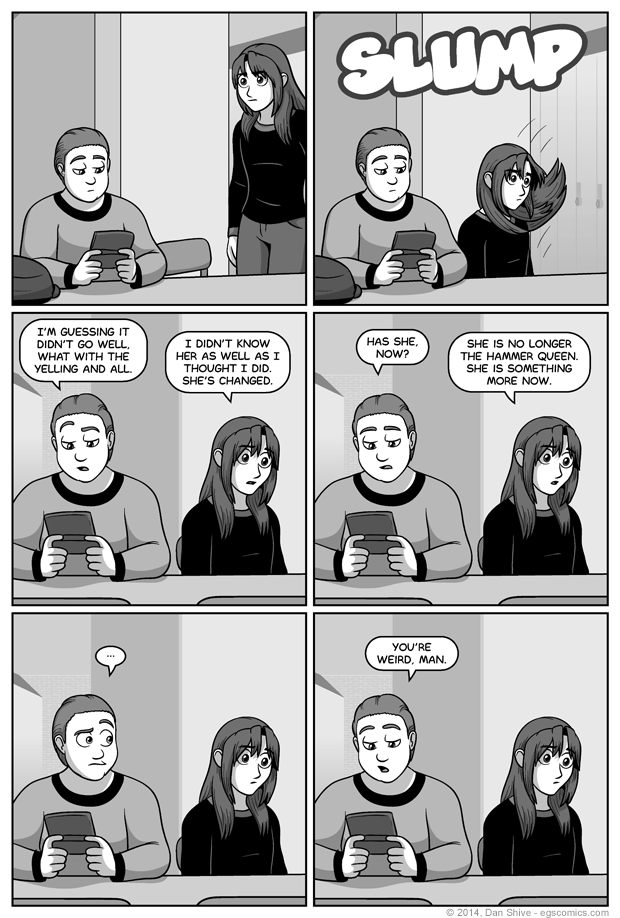 This is the part where I don't explain what exactly Tom means so that people are free to interprett it themselves, but nonetheless point out that it might kinda sorta have something to do with the fact that Susan didn't flip out and hammer Tom like crazy.

And yes, she, and she alone, can still do that. She doesn't even need specific circumstances or even any excuse anymore, really. If she had decided to clobber Tom, she very well could have.

EDIT - I wound up making a small, but significant, edit to this comic hours after posting it in the interest of clarity. It was a sentence I had originally edited out of the script for being a bit too on the nose, but without it, things were apparently so off the nose that people were pointing at all sorts of crazy non-nose things (might not actually be about noses).

For those who didn’t see the comic prior to the edit, the addition is the last sentence in panel four.