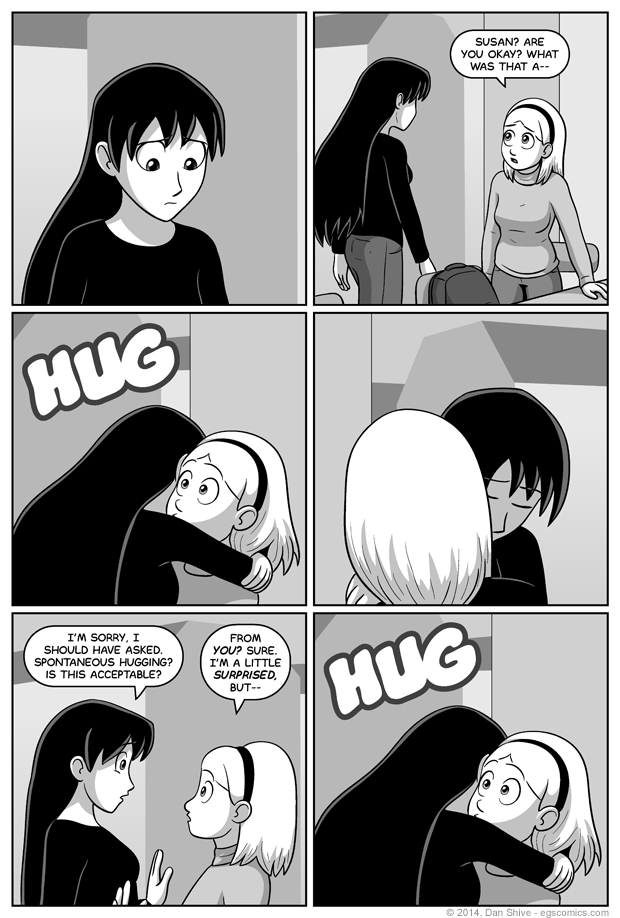 For those who might have missed it, I added a sentence to the previous comic's dialogue after it had been up for less than twelve hours. I elaborate on why in the comic's commentary, but mostly it's because I realized I had made things needlessly confusing (as opposed to appropriately confusing). Of course, this bit of the commentary will very quickly become inapplicable as time rolls on, but such is the price of such edits.

I want to scream that this doesn't mean Susan is over her whole "doesn't like being touched" thing, but that would be wrong. The proper thing to do is to not say anything and allow that to naturally and firmly be established as time goes on, regardless of how much I might be dreading the question being presented to me in the meantime.

So nope! Not gonna clarify that. No way, no how. Wait, how did I open that previous paragraph?