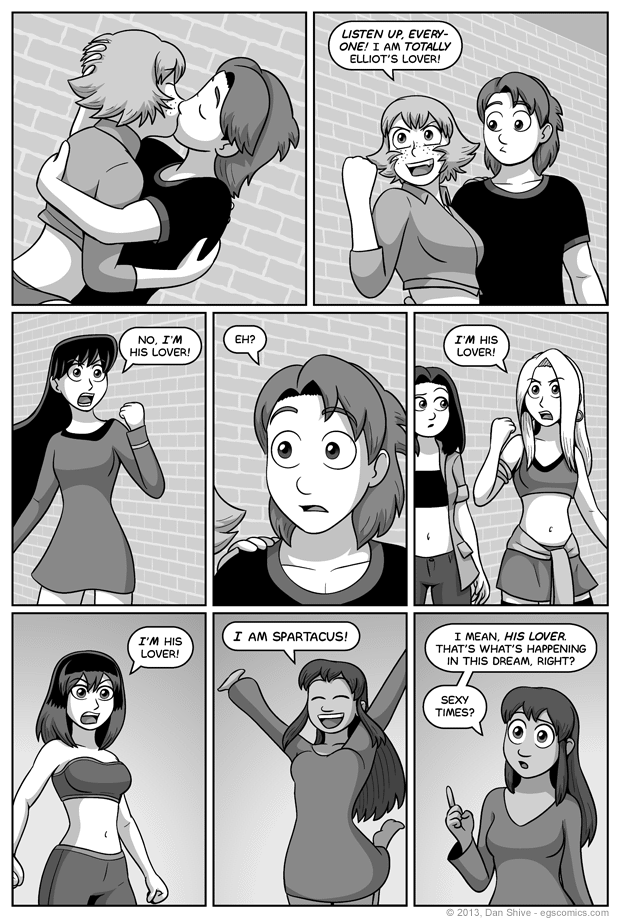 Before anyone asks, rounded panels with faded borders are for mid-comic fantasies or flashbacks and are as such to differentiate those panels from others. This doesn't apply to dream sequences.

(Of course, I'm totally making up these style rules as I go, so it's entirely possible there's an example in the archives of me breaking it. Way to go, past me!)

The basic execution of the Spartacus reference joke is one that I know with certainty has been done before by many people, but I couldn't help myself. It was just so natural to the moment that trying to write something else felt like forcing a car to suddenly change direction while driving at high speed. I don't think I could have done it without flipping the whole dang comic over.

Speaking of Grace, I can think of at least one reason she'd be showing up in Elliot's dreams on this particular in-comic night.