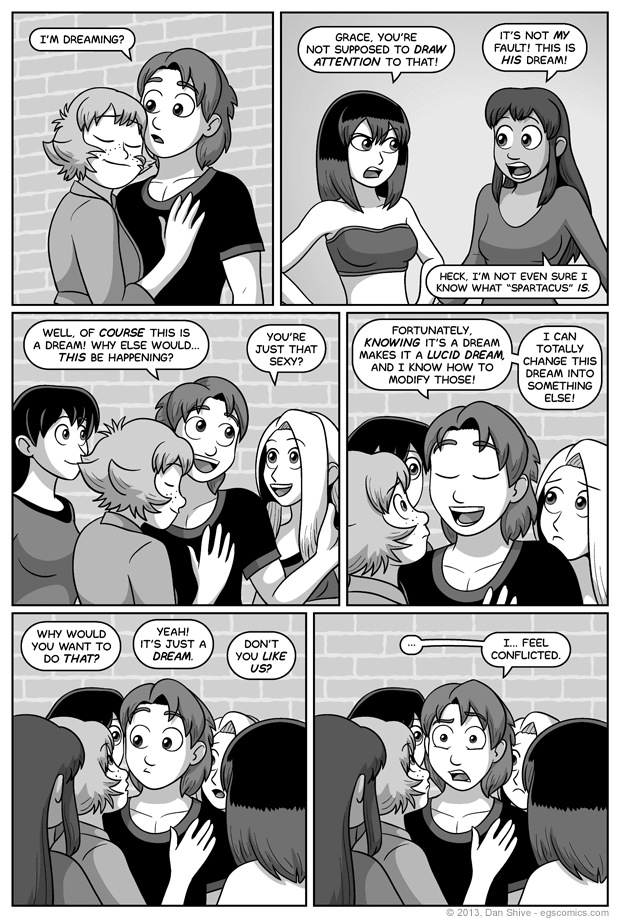 Sadly, I couldn't figure out how to fit female Tedd into those last two panels of this comic for maximum awkwardness. Okay, I guess that wouldn't actually be MAXIMUM awkwardness, but it'd be pretty high up there.

Panel four was difficult to word, as I wanted to make it absolutely clear that Elliot was planning to use his awareness to change the dream into something LESS awkward as opposed to various other possibilities.

Granted, were that my only concern, it would have been simple. The difficulty was less getting that point across and more making it sound like something Elliot would say while still being clear. The end result still wound up a little odd for Elliot, but I chose clarity over precise Elliot-ness in this instance as I considered it important (particularly given that Elliot probably wouldn't bother clarifying what he meant by "lucid dream" TO HIMSELF).