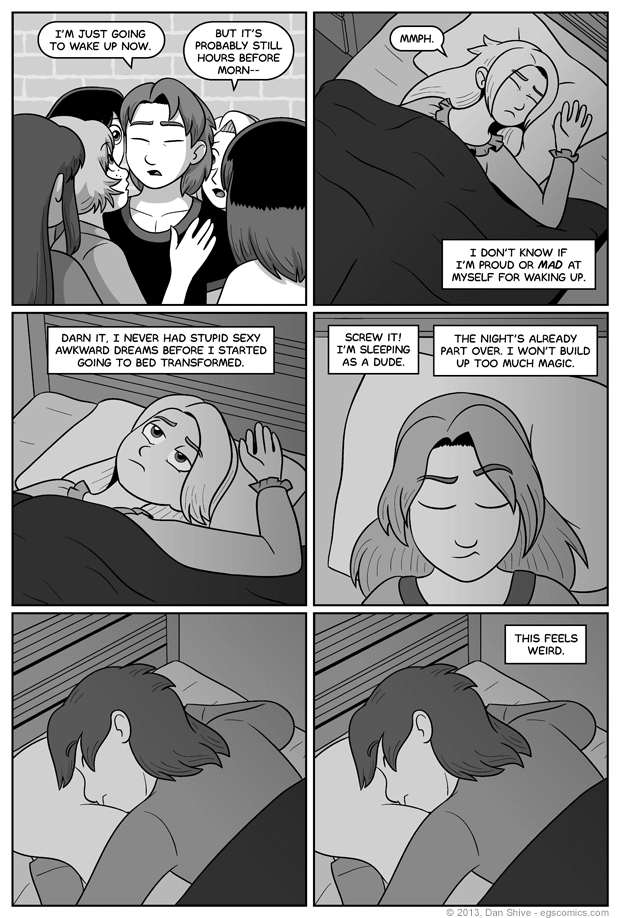 This comic was originally delayed a day. As one is likely to assume, it was NOT for drawing-related reasons, so I may as well admit that there was writing afoot. I'm not going to elaborate on what exactly I mean by that, however, until later. If I remember.

Seriously, I might forget. If this storyline ends without me elaborating, throw a slipper at me or something.

As much as I generally prefer including shadows in my comics, it is more because I like the results, and not for any fondness of the process. To be frank, I generally find adding shadows tedious unless there's some artistic license going on or particularly strong shadows from one direction.

As such, I wasn't terribly disappointed when I realized that with it being night AND my remembering to have their window blinds closed for once, there really shouldn't be much in the way of shadows outside of Elliot's dream. I added a slight shadow gradient for contrast's sake, but that was it. Noting that, and the clear copy/pasting going on, I direct you back to the first paragraph of this comic's commentary.