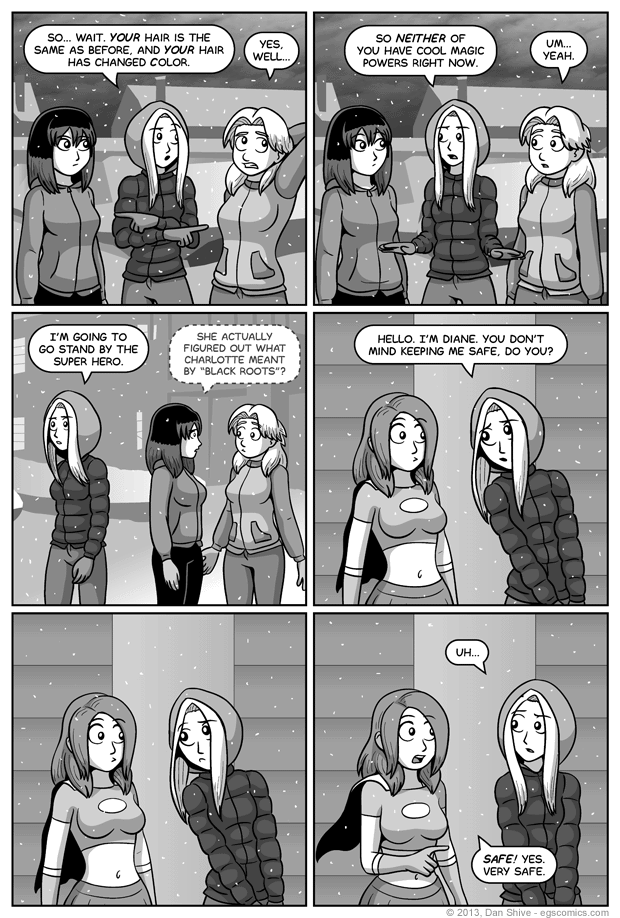 - Relevant to Cheerleadra / Elliot's reaction
- "Look upon these black roots"

Diane truly is the kryptonite of redundant exposition.

And so Diane has finally met Elliot! Sort of. It took me a while to settle on an interaction between Elliot and Diane at this point in the comic and under these circustances that I was happy with.

I thought of Diane just deciding to address "Cheerleadra" while showing a bit of admiration, but then I thought about what the general public actually knows about Cheerleadra. They know that she fought a fire dude, and they know she got hit badly by a dragon over six months ago. Diane might actually like Cheerleadra, but I wouldn't describe her as a big fan or anything based on just that. I like this result much better, anyway.