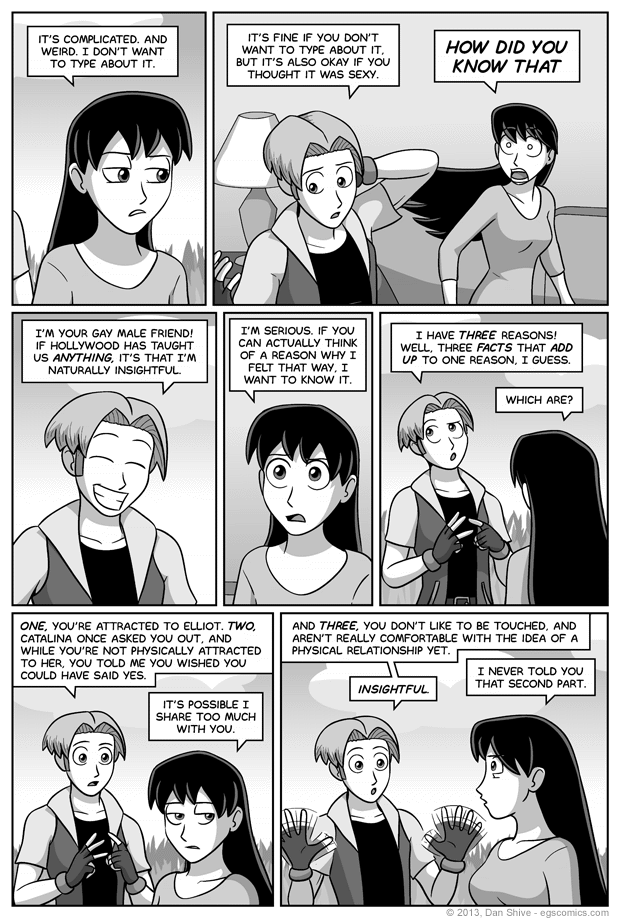 "I used my magical gayness to deduce that someone who doesn't like being touched might not be ready for activities that involve touching!"

As that second comic link shows, Susan wishing she could have said yes is, and has been, totally canon. Justin being aware of it, however, is new information. I think. Pretty sure. Who knows what they've said on-panel when I wasn't looking.

The joke in panel three is, in addition to simply being a joke about certain recuriring character roles in movies and television, a bit of self criticism regarding how I need to give Justin more to do than "insightful friend" stuff. You know, like a storyline where he's more at the center of the story, but I'm sure THAT'S not going to happen any okay it'll probably be the next storyline but you didn't hear that from me.