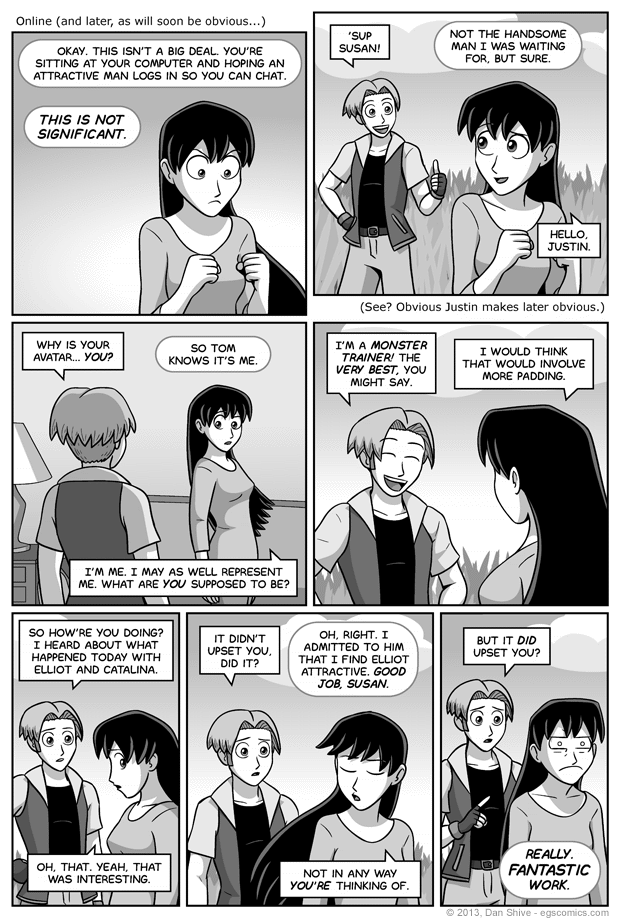 I think we're at the point we're I can just get away with saying "online" and people will know what I mean. At least, I hope we are. Those explanations each time were panel hogs.

What I also think / hope is clear is that while speech bubbles in online chats are rectangles, thought bubbles have rounded edges (the opposite of normal, basically). I really wanted to emphasize that Susan was NOT typing that dialogue and sending it to Justin, which is why I went so far as making the borders lighter. Feel free to let me know what you think.

Justin is dressed in a manner similar to the original outfit of the star of the Pokémon anime, Ash (hence the tall grass behind him). In light of this, one might be wondering why Justin isn't wearing a hat. The correct answer is so Justin can approach Ash, ask "you know what the difference is between you and me", and THEN put on the hat before saying "I make this look good."