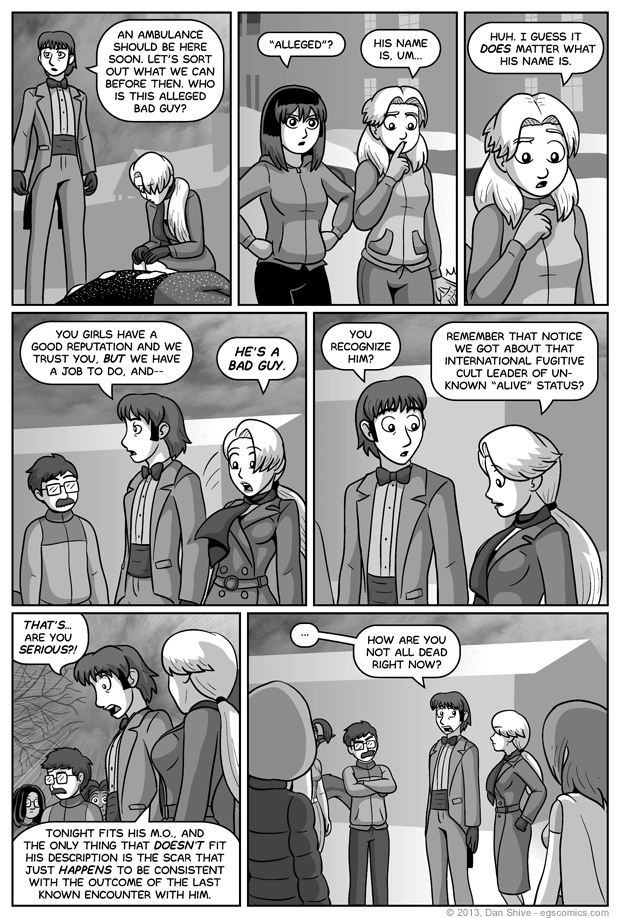 "What do you mean 'alleged'? He's the bad guy! We clobbered him! Sort of. That's how the law works!"

With several characters in a scene who aren't standing close to each other, it's natural that not every character present is going to be shown in every panel, or even every comic. All the same, I found myself wanting to avoid the feeling that characters were vanishing, and decided to make it a goal to show everyone present at least once in this comic.

I also decided it was absolutely necessary to show Cranium getting a closer look at Not-Tengu (I guess his name actually doesn't matter after all) in the first panel of this comic, and that she should be crouching in a manner that would minimize contact with the snow.

It's the sort of pose that could have easily given me trouble a while back. Fortunately, I've had to frequently crouch like that to pet cats, because cats are jerks and demand to be pet where they want to be pet and if the floor is good enough for them it should be good enough for you and who CARES if there's more than enough room on the super comfortable sofa!

So yeah, that pose wasn't too difficult for me.