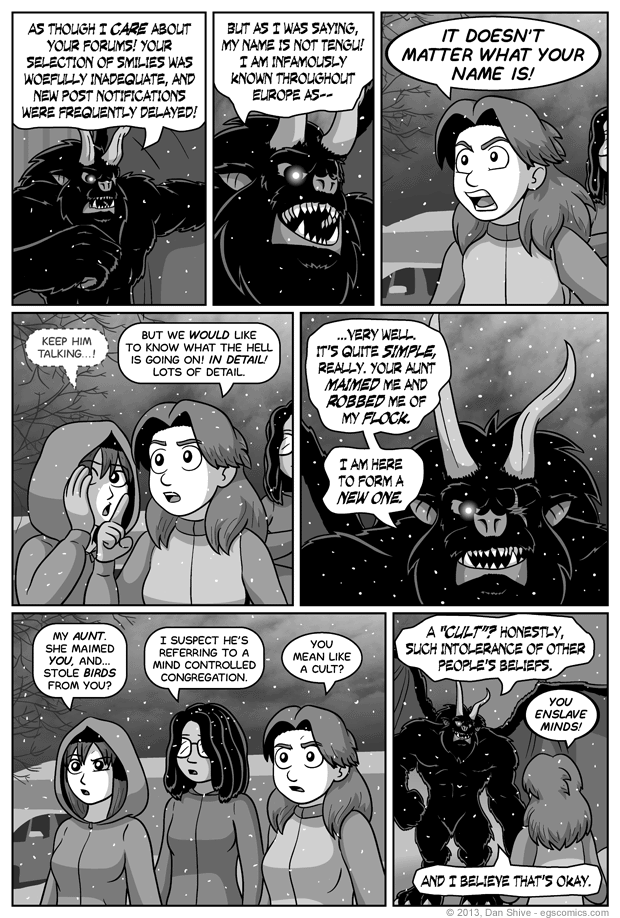 I don't think I'm spoiling too much after this comic by saying it's entirely possible that Tedd's mom is some manner of badass.

Ellen "The Rock" Dunkel's dialogue in panel two is an homage to, well, The Rock. Evidently, the fellow has often told people that their answers to questions he himself asked don't matter in the form of "it doesn't matter what your _____ is". Rather rude, on reflection. Hm. Yes. Quite.

I'm not a big wrestling fan myself, but I've been friends with, and fans of, many people who are either casually or very into wrestling. There was a time when I tried to get interested in it myself, but it didn't take. I have liked The Rock in what few movies I've seen him in, however, and I wouldn't mind seeing him in more. I'm not likely to rent Tooth Fairy, but still.

Now that I think about wrestling, however, watching something like that and following reactions on ze Twitters could actually be fun. Heck, I already see responses to them on account of some of the people I follow. I should probably give it another chance. Sure, it's silly and weird and all that, but consider what comic this commentary is for.