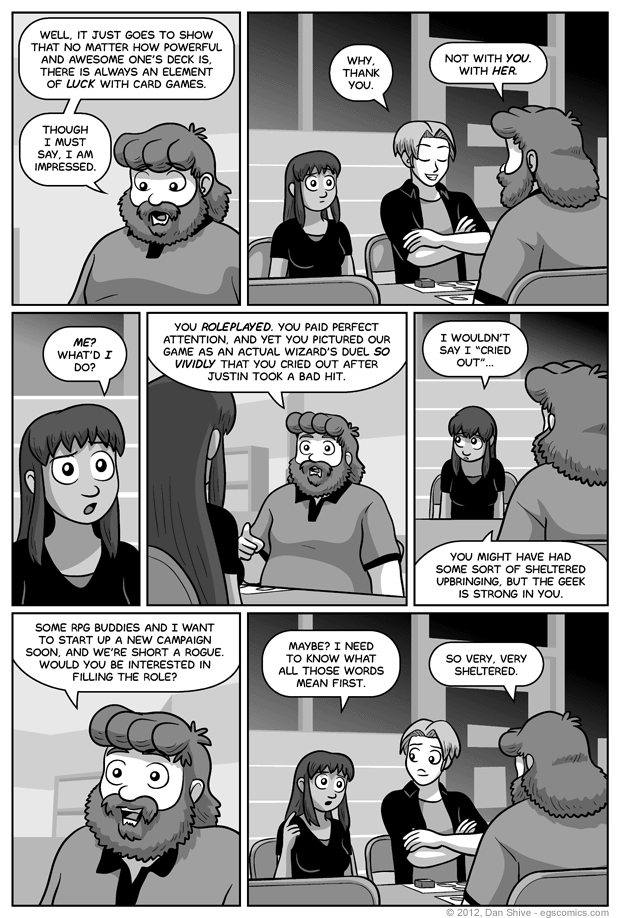 I should probably just go ahead and make clear that I'm not plotting to devote a storyline to Grace's imagination interpreting a tabletop RPG anytime soon. Depending on who you ask, this is good or bad news. Either way, clarifying this should reduce the strain on my inbox and twitter feed.

Tensaided was originally going to respond to Grace telling him her name with a dismissive "whatever", but it occurred to me that would have been out of character given everything he'd just witnessed her say and do.

Granted, most people would be weirded out by Grace's behavior, but Tensaided isn't exactly normal.