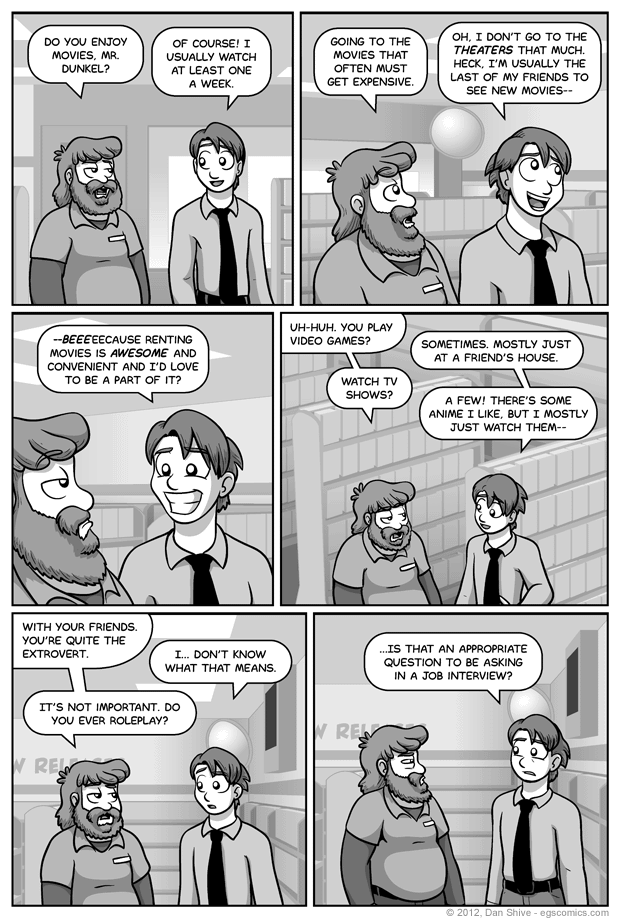 Mr. Tensaided ain't kidding in panel two. It cost me eight bucks just for a ticket to see The Avengers on a Friday afternoon, and it would've been ten in the evening (more for a 3D showing). I'm pretty sure that's about ten thousand dollars in "teenager with an allowance" money.

Incidentally, I loved The Avengers. I won't badger anyone to see it, but I will recommend it and boldly claim that it's worth giving a chance.

In case anyone also doesn't know what extrovert means, here's a hand-dandy Wikipedia link. In the context of this comic, however, Mr. Tensaided is basically accusing Elliot of being very social in nature.

I myself only learned about such matters as extroverts, introverts and ambiverts recently, though I have a very poor sense of time in the long term so even I'm not entirely sure what I mean by "recently". Maybe a year? Months? Couple years? There's probably a social media trail out there somewhere of me talking about it that could narrow it down, but it isn't particularly important.