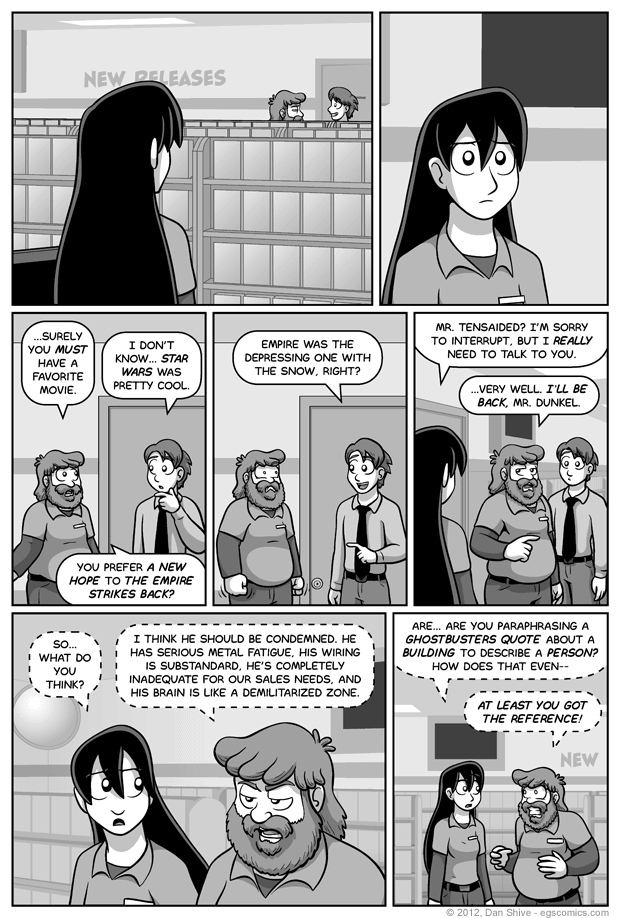 Poor Elliot. He probably thought Mr. Tensaided would be happy he knew that one. On the plus side, maybe there's still hope! They wound up going with that building in Ghostbusters, after all.

I have a long history of frustrating the heck out of people who attempt to make small talk with me by way of asking what my "favorite" of something is. What I am most fond of in regard to entertainment can change so much over time and depending on simple things like mood that I find the exercise of assigning one thing favor above all others of its kind not only pointless, but somewhat disingenuous.

That said, it's just small talk. I really should just rearrange the question in my head to "what _____ are you into lately" and answer as such. That has the potential side effect of them assigning _____ to me as a defining character trait long after it's relevant, but it's still less awkward than explaining in detail why I don't like labeling things as favorites.