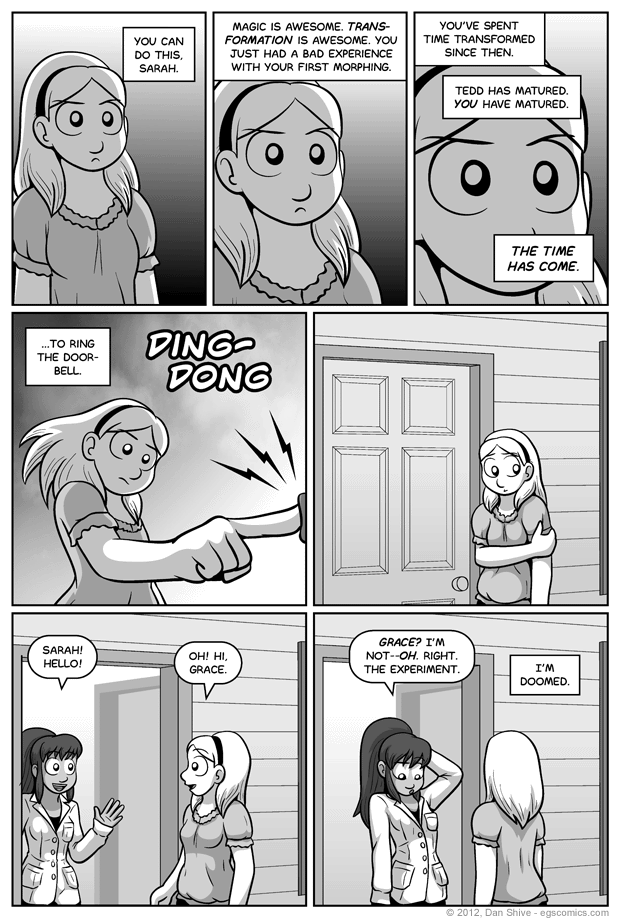 Give yourself some manner of treat if you knew that was actually Tedd before panel seven.

I did a fair amount of research into lab coats for the sake of this storyline, by which I mean I paid extra attention and paused a lot while watching an episode of Scrubs and did a couple of web image searches. The most significant, and simultaneously superfluous, difference I noticed between lab coats was the buttons (or lack thereof) in the back.

Of course, it's possible that some of the buttons might somehow adjust the fit, but it's my understanding that a lot of clothing have buttons in the back as part of something like a half-belt that serve no actual function. I'm not an expert on such things. If it's incredibly rude of me to accuse such buttons of being unnecessary, feel free to let me know.