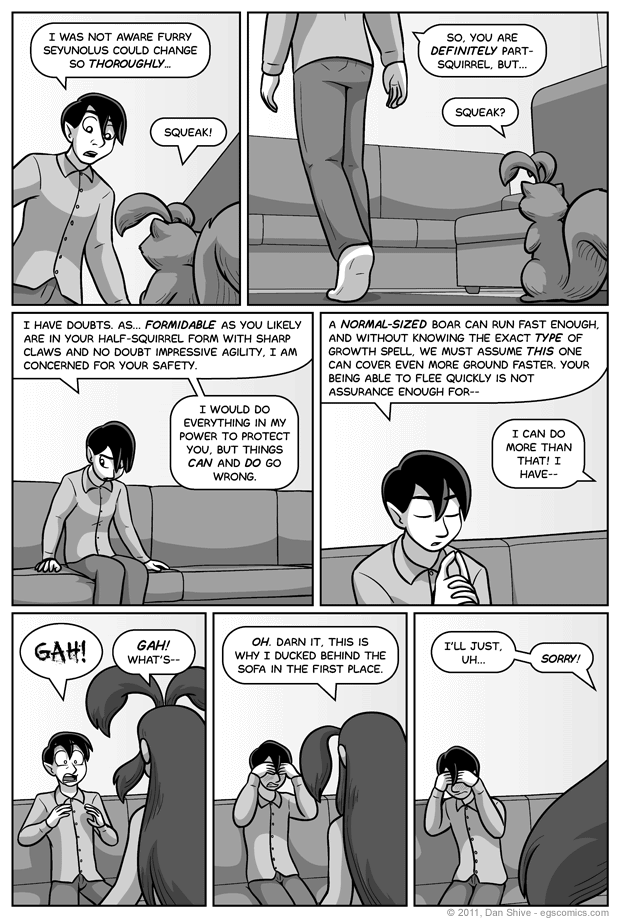 I enjoy the opportunity to draw scenes with characters who are largely different in scale, even if it is more difficult to do so. The angles aren't seen very often, and in the case of characters becoming small, normal-sized objects can become massive. It's a fair amount of fun.

One thing I've done while sketching on the computer to make drawing difficult things easier lately has been having a sketch layer labeled "doodles". Anything I want can go on that layer, as the layer will be hidden when not in use and won't be used to guide the inking.

While making this comic, I drew a small sketch of Raven's walking pose as it would be full body in panel two, which helped me draw the portion that's visible. I could have practiced the sketch in another file or something, but it felt more organic to just sketch it right there next to where I was going to sketch the actual sketch for the comic, and that way it was right there when it came time to do that.

Of course, a danger of that approach is sketching on the wrong layer and winding up with stuff you don't on the doodle layer, so if anyone likes he sound of this idea, here's another one: clearly label your layers.