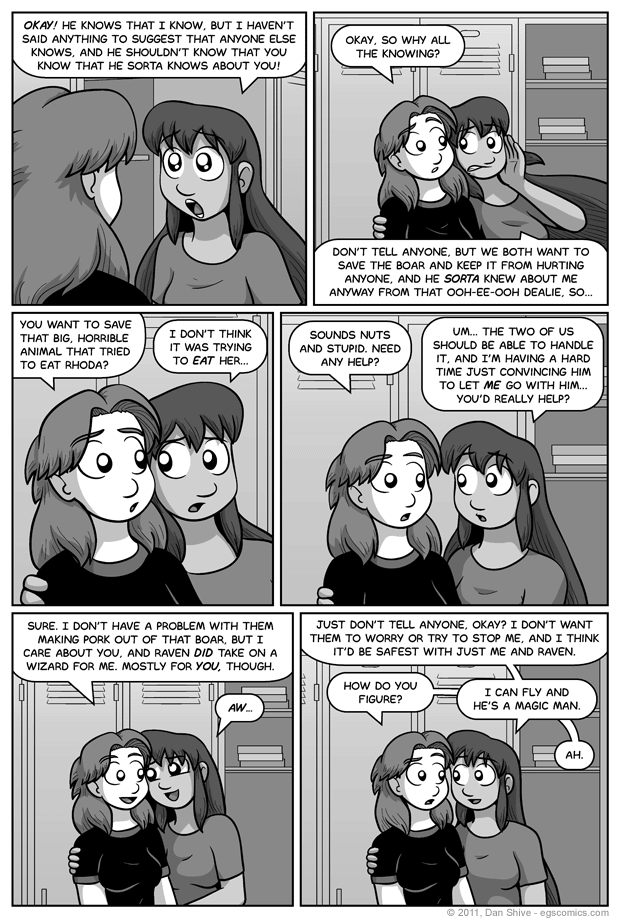 How did anyone ever reach the conclusion that these two were into each other? Madness.

It's worth noting that there's no evidence that Raven had any idea who exactly he was protecting. He also didn't seem to care.

I've recently decided to never sketch comics on an empty stomach, and there's good reason for the decision. Beyond simply not drawing as well, there are a variety of "what the hell" sort of mistakes I am very prone to making if I draw when too hungry. Here are a few of them (the first one happened while sketching panel four of this comic):

And my personal favorite:

- Drawing Tedd as the wrong gender.

It's possible that last one has happened with other characters, but I can only recall with any certainty it happening with Tedd. It doesn't even have to be a scene where any transformation is going on, either. Tedd just sometimes winds up being a guy or a girl when he's supposed to be the opposite. Fortunately, it's not that difficult to correct that sort of mistake when it's Tedd.

In the previous comic's commentary, I asked what Grace's alignment would be where she a D&D character. While I intend to read every response I've been sent, I have not done so yet. The reason for this is that between Twitter, E-mail, and whatever, I've gotten well over a hundred opinions on the subject to sort through, and the majority of them seem to be quite detailed.