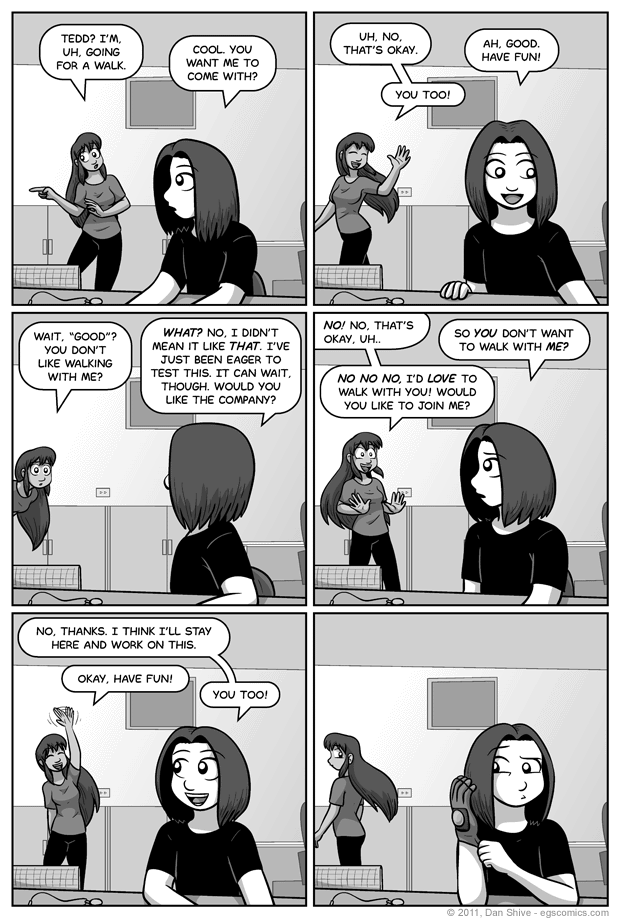 Grace? I'm sorry, but after a shameful display like that, I'm going to have to ask you to turn in your sleepy little ninja card.

It really makes no sense whatsoever that Tedd is sitting on that side of his folding work table. If I had to justify it, the logic would be the same as why it doesn't make sense: he's facing away from the TV and his computer. Perhaps those would distract him. Yeah, that's the ticket...

In any case, I wanted to have a static "camera" view throughout this comic, which can be fun, but I usually find it difficult. This comic actually proved pretty easy to draw, however, as what usually makes it difficult is drawing characters repeatedly at the same angle who aren't moving much and keeping everything consistent. Both Grace and Tedd move around a fair amount in this comic, so it didn't really feel much like drawing a static camera comic.

It's a bit paradoxical, but it's something I'm going to keep note of for the future: more varied poses are easier and more fun than less varied poses. Expect to see characters moving around like cheerleaders regardless of what's being discussed in future comics.