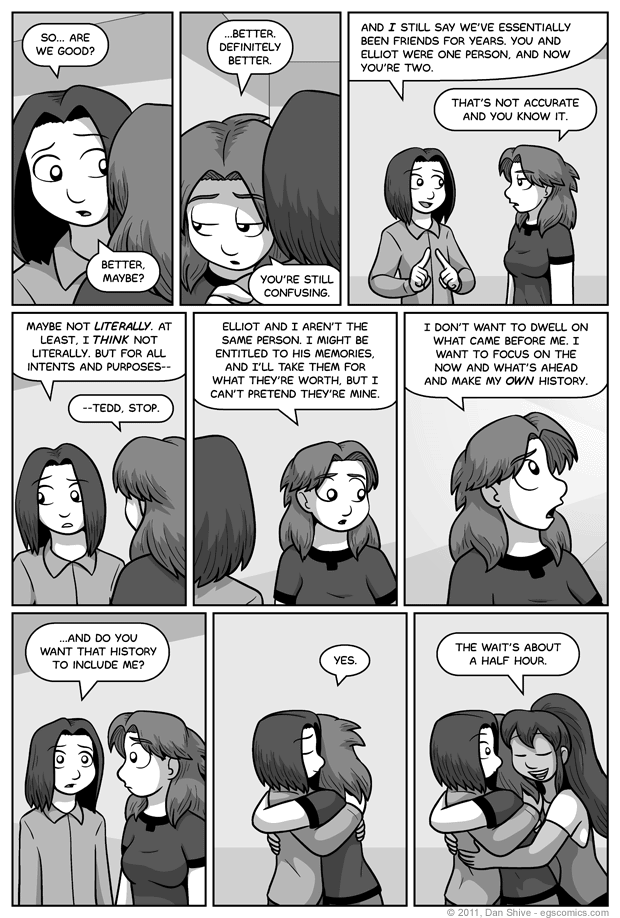 PSSSSST! Hey! Come here! I have a secret!

...Panel six: this is the basis for the One Way Road storyline title.

Keep it secret. Keep it safe.

Tedd brings up a point in this comic previously brought up by several readers that's almost as old as Ellen is (from our perspective). I've gone on record saying that them being one person and then becoming two isn't accurate in a literal since, and that Ellen is a copy (which is definite canon, assuming Abraham didn't screw up AGAIN somehow), but the points brought up regarding her rights to those memories and whether they can be called her own are interesting ones.

It is a bit of a conundrum, to somewhat understate the issue, and I think how people would react in Ellen's shoes would vary greatly. Granted, that applies to pretty much any given situation. We humans are a diverse and somewhat crazy lot, that's for certain.