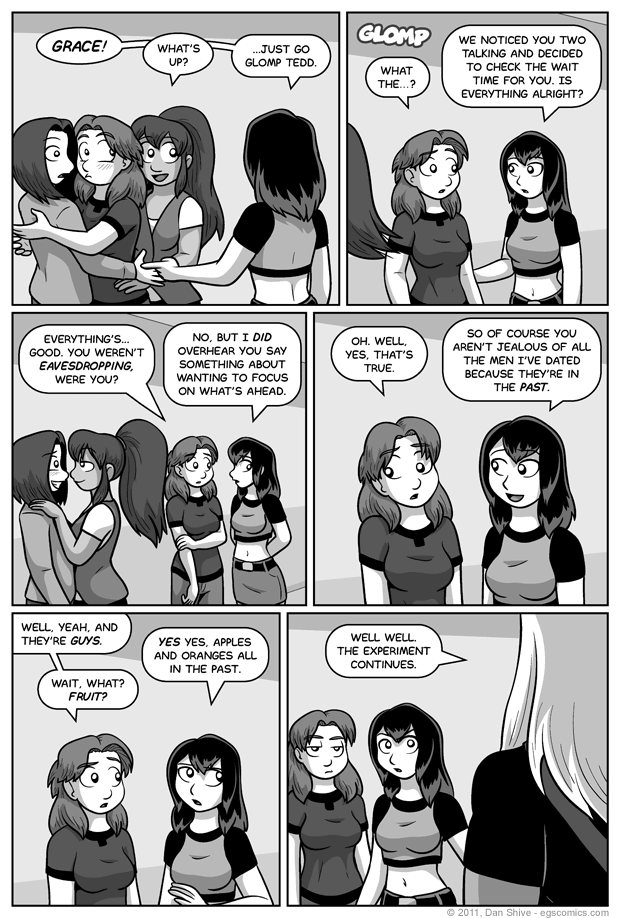 I didn't want Tedd and Grace to just vanish into nothingness after they had no lines left in the comic, so I was determined to draw more than was strictly necessary in panel three. I'm aware that's clearly not a glomp (basically a big hug) in panel three, but that's POST-glomp! GLOMPAGE DID OCCUR. That's official canon. MAKE NOTE OF IT!

And speaking of fruit, I forget if men were apples or oranges. Same with women, obviously, I suppose I could go back and look at the previous comic, but that would be cheating. From an analogical standpoint, it really doesn't matter, but when future scholars mistake EGS for a literary classic, it would probably help the ruse if there was some clever reason for which gender went with which fruit.

Unless... yes. There is still one option available to me. The story must shift focus to velociraptor-riding honey badger cowboys. It is the only way.