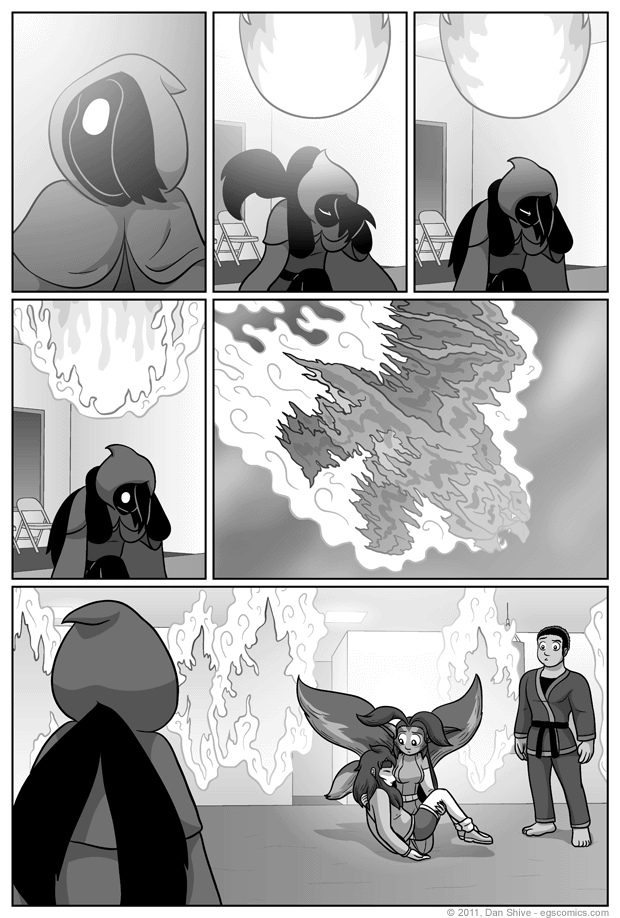 Wow. The Taurcanis Draco is REALLY off-model in panel five. I'm going to claim that was intentional on account of the whole un-summoning dealie even though it's really just the result of drinking too much caffeine before drawing. You all believe me right? Right.

Why yes, the magical fireball of death did stop mid-air while traveling at a fantastic speed without exploding. It's a magical fireball of death. Are you you REALLY going to tell it what it can and cannot do? It could put on a top hat and dance around the room and I'd still tell it it's brilliant. No reason to go around getting something like that cross.

I know where it is!

I forgot to bring this up in the previous comic's commentary, but hey, there's this one, now!

I was waiting until Noah actually arrived to bring this up, as I didn't want to remove any doubt that might have existed about him finding the place, but one of the reasons I had Noah claim to have written off the anime dojo as a gimmick was because I didn't want to devote any expository dialogue in the comic after that explaining how he knew where it was.