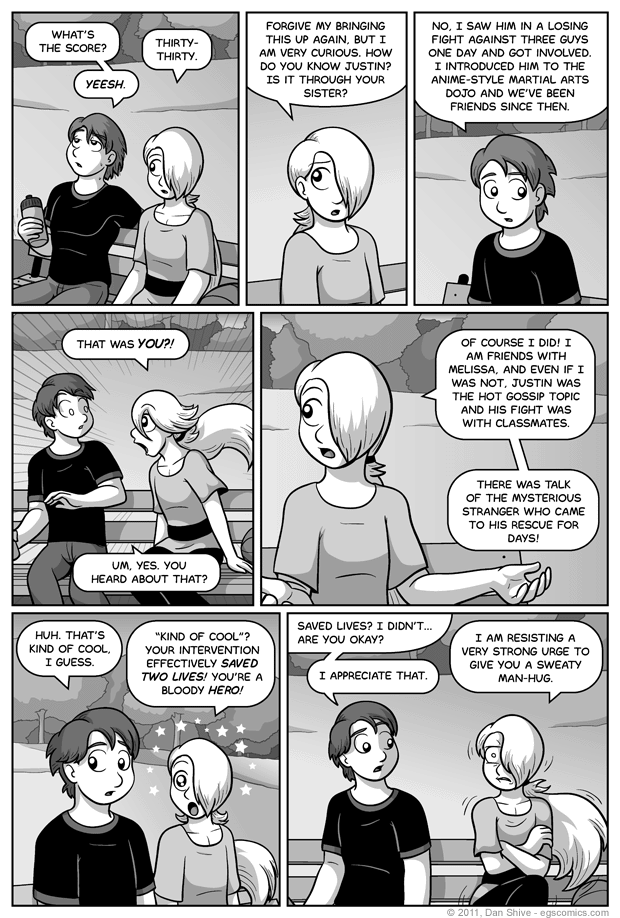 At some point during the production of this comic, I decided I wanted to draw some silly faces. I declared this loudly and threw in a "dammit" to show I meant business. A nearby cat showed no outward signs of being impressed.

Noah's question in panel two is a fair one, and one that some people other than Noah might've asked before anything else. It would not surprise me to learn that someone somewhere complained about that, not knowing that I had planned for this! Yes, I'm awesome at outsmarting the various people who exist only in my paranoid fantasies.

Noah's not English, but it's not too hard to figure out who he picked up the expression "bloody" from. Then again, it's not a very difficult expression to pick up on. I don't watch a lot of English television or movies, but I've apparently watched enough to say "bloody" all the bloody time. What can I say? It's a smashing expression.

I was about to be done with this commentary when someone on Twitter asked whether I have addressed why Noah looks androgynous in any of these commentaries. The answer? No, I have not. Thanks for asking!

...Okay, okay. There are reasons I went with that look for him, but the only one I'm willing to share at the moment is that I feel it suits his character.