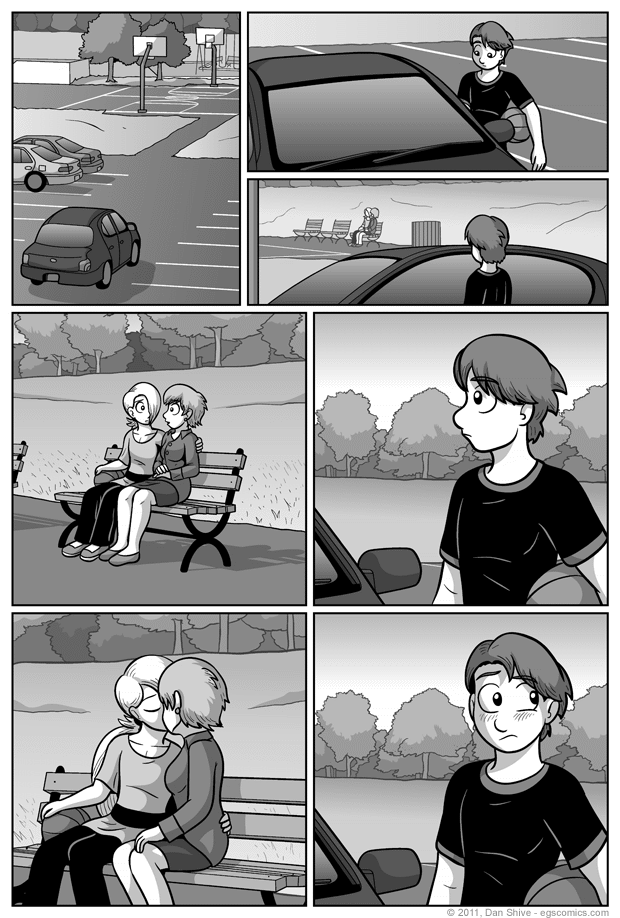 I boldly proclaimed that, for the comic's ninth anniversary (oh btw it's the comic's anniversary), I would celebrate by updating with a story comic "as scheduled". So of course, this update was late. That's what's known as jinxing one's self, ladies and gentlemen. I blame the complicated script.

In all seriousness, I had a very specific bit of directing in mind for this comic, which the final version is pretty close to. I changed some things just to make it easier to draw and reduce how much of the park area I'd need to finalize before the completion of this comic, but it's pretty darn close.

I also didn't want there to be any dialogue, as I felt anything I could have included would have just been redundant narration from Elliot. I really like the occasional silent comic to the point where I might do an entire short storyline someday free of any dialogue or narration, but I probably won't get to that for a while.

...I just realized that silent comic I just linked to is oddly appropriate. I'm going to claim that was intentional.