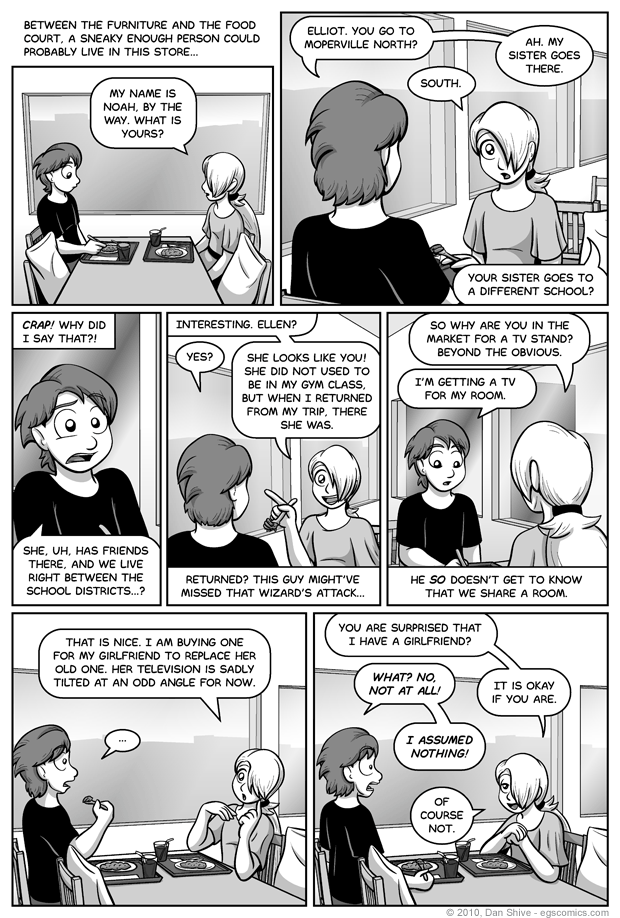 Posted March 29, 2010 at 1:00 am
Macaroni and Cheese. Yes, I am psychic and knew the first question I would get would be about the food.

As is tradition, Elliot is a terrible liar. He's generally good at keeping secrets, but that's because he usually keeps to himself and talks to people who are already in on said secrets. I don't think he'd make a very good secret agent (even if he would be super good at disguises).

Even so, as far fetched as his explanation might be, it's based on reality. I knew someone who had a brother who went to a different high school for essentially the same reason. That said, it's probably safe to say that's the "official" explanation he was told to give.

It's kind of rude that they didn't get anything for their pillows. Granted, I'm not sure what you'd feed pillows. Feathers? Memory foam? Pillow talk? I guess it's probably for the best that they're not sharing their mac and cheese.