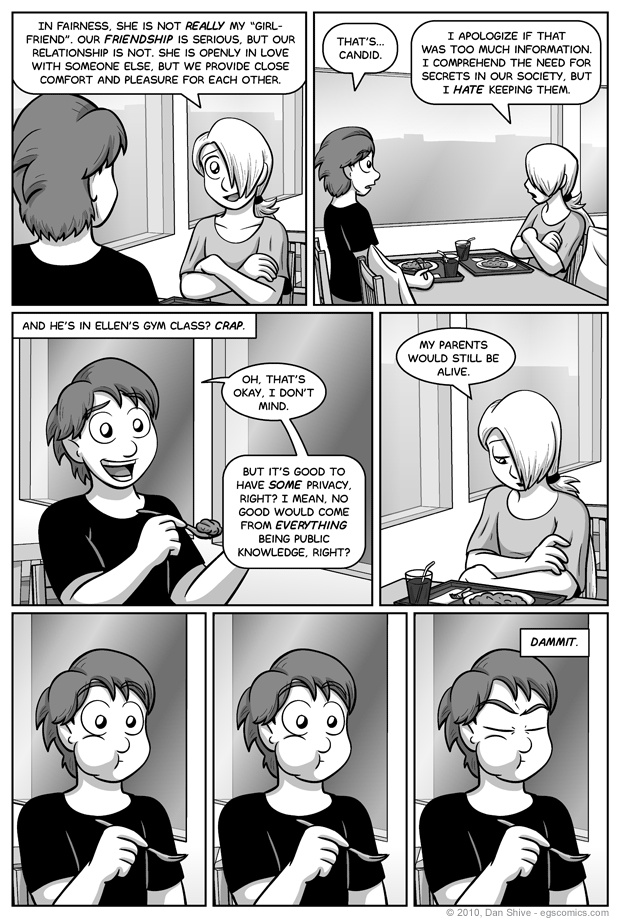 Posted March 31, 2010 at 1:00 am
Good timing on finally stuffing your face with food, Elliot! Yeesh. Now swallow and do something about the lingering awkwardness.

Prior to posting this, I asked people on Twitter whether they'd hug Noah. Most said yes, but there were some no's. If you're still saying no after this comic, FOR SHAME.

Then again, I'm the one who wrote this comic and included an attempt at humor in it, so I suppose I'm the real monster. ROAR! FIRE BAD! BLAARRRRGHLE!

...Yeah, I'm done. Well, mostly. Were you aware that the Sketchbook is updating on Tuesdays and Thursdays as of last Thursday relative to the time of this comic's update? Well, it is. Or did. Was? Tense gets tricky in these comic commentaries.