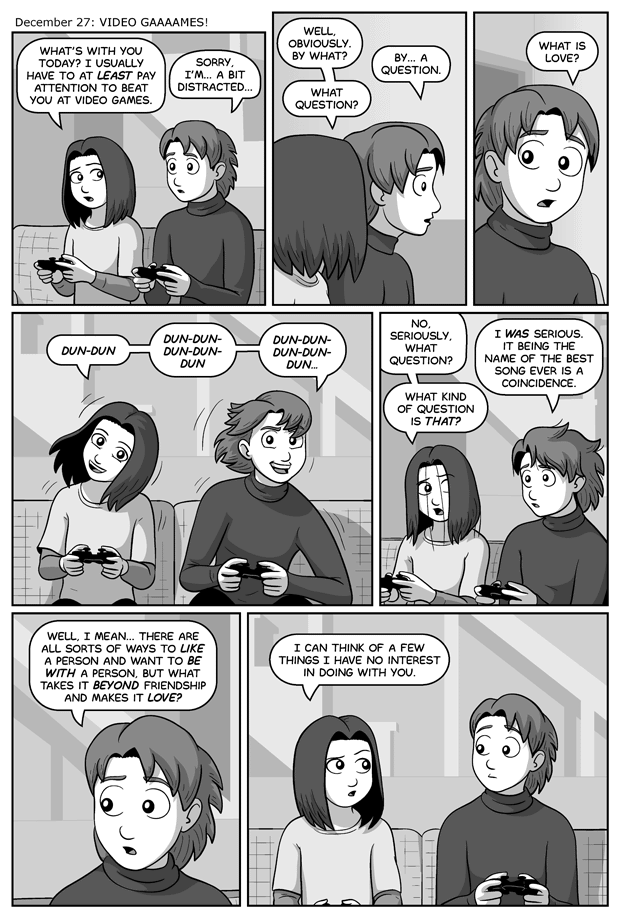 Sure there are, Tedd... Okay, there probably are. In fact, I'm sure of it. According to what I wrote on this bar napkin, however, I'm contractually obligated to give shippers hope.

If unfamiliar with the song What Is Love by Haddaway and the weird moving in panel four, the option exists to watch what's being referenced for ten hours on YouTube. No, seriously.

I considered including some of the lyrics in this comic, but I honestly wasn't sure if that would be okay or not. Given that the video I just linked to has over 11,000,000 views, nobody in a position to do care probably would, but still. In any case, what they do in this comic does seem more in character for them than singing any song with the word "baby" in it together.

All that said, YAY A SCENE WITH JUST TEDD AND ELLIOT I WANT MORE I DON'T CARE IF ANYONE ELSE AGREES okay maybe I care a little...